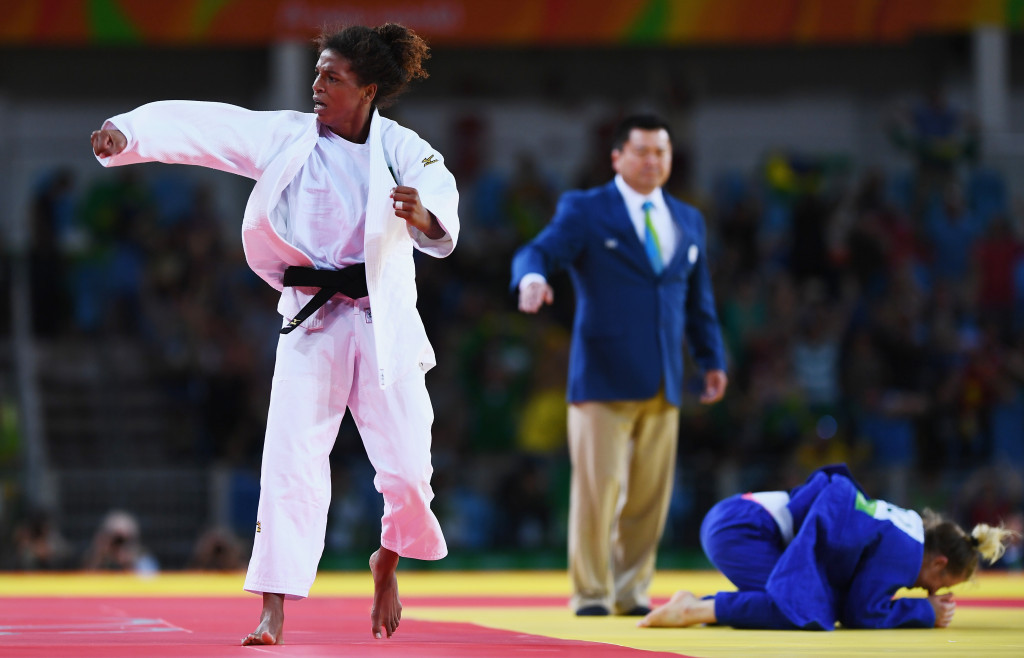 International Judo Federation (IJF) President Marius Vizer has claimed the addition of a mixed team event to the Tokyo 2020 Olympic programme is a "dream come true".

Confirmation of the decision came on Friday (June 9), as the International Olympic Committee (IOC) revealed new events for Tokyo 2020.

Vizer thanked the IOC, the Association of Summer Olympic International Federations (ASOIF) and the Tokyo 2020 Coordination Commission for their recognition of judo.

"The judo community is today proud and happy, and we want to share this honour and respect to our father, Jigoro Kano," said Vizer.

"The judo mixed team event in the Olympic Games is a dream come true for the judo family and the fact that we will start in Tokyo, the homeland of our sport makes it all more special.

"We would like to thank Japan for all their support and for the chance to have this event for the first time in Tokyo.

"I would like to express my thanks and appreciation to all the judoka in the world for their contribution to the development and promotion of our sport and its values worldwide.

"I would also like to thank all international media and our sponsors and partners for their big support in the development and promotion of our beautiful sport.

Mixed team competitions were added in table tennis, archery and triathlon, while a mixed 4x400 metres relay will be held in athletics.

A mixed 4x100m medley mixed relay has also been added to the swimming programme.

Male and female BMX freestyle park and 3x3 basketball have also been confirmed as two new disciplines on the programme.

Swimming also gained additional men's 800m and women's 1,500m freestyle races, ensuring that male and females will be able to take part in the same number of events in the pool at Tokyo 2020.

The latter proposal is proving especially contentious and the International Shooting Sport Federation (ISSF) have called an Extraordinary General Assembly for further discussions in Munich on June 25.

Vladimir Lisin, President of the European Shooting Confederation and the Russian Shooting Union, has claimed the sport needed to learn lessons from the past and actively promote the mixed team competitions.

"Thanks to the efforts of the ISSF we have managed to make such a proposal to the IOC that allowed maintaining 15 events in the Olympic programme,"he said.

"On the other hand, it is important to draw attention to the fact that the quota of participants of the shooting competitions has been reduced from 390 to 360.

"This is a result of certain stagnation, consequence of our stubborn stance on the events that, year to year, have been losing numbers of participants, popularity and audience interest.

"We must not repeat mistakes of the past, new formats, such as mixed teams, in different events must be promoted and improved.

"Nobody is limiting us in creating other formats, combining different shooting events that increase the interest of youth and audience.

"We must strive for more than just keeping the 15 events at the 2024 Olympic Games, we must aim seek for getting more thanks to adjusting new formats and events.

"Considering the near future, we must approach very attentively, perhaps with a new concept, the system of distribution of the remaining 360 quotas."

The sport will lose 24 quota places for the Games, resulting in 526 athletes competing in Tokyo compared to the 550 athletes at Rio 2016.

They will have an even split of 263 athletes of each gender.

International Rowing Federation President Jean-Christophe Rolland claimed he was proud of the gender equality for Tokyo 2020.

"This is the result of a long, transparent process of consultation with all our stakeholders in open meetings with multiple proposals and, in parallel, understanding the key issues for the IOC in constructive discussions," he said.

"We are proud that rowing’s Olympic programme is now gender equal in events and athlete numbers."