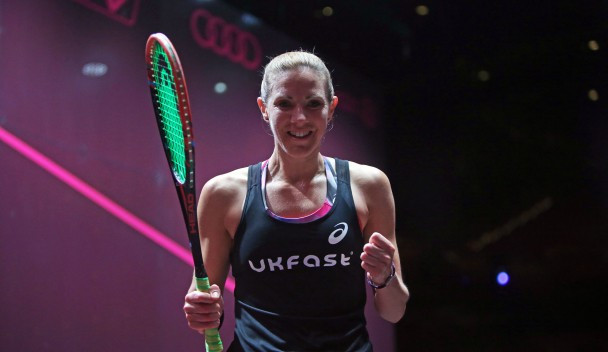 Massaro secured her second consecutive crown with a straight sets win over the tournament's second seed at the Dubai Opera House.

The duo met on the final day of group stage action when Massaro was on the cusp of winning before the Egyptian recovered to take the match and second place in Group B.

It means Massaro is only the second woman after Malaysia's Nicol David to win two World Series Finals titles.

“It took a lot of focus, discipline, hard work and I had to keep pushing throughout the whole match.

"The first two games were really tight and I managed to get that good lead in the third.

"It’s unbelievable because I was just thinking that it would be really good if I could get out of the group.

"I’m really happy and I can enjoy a few days off now."

The world number three cruised to a 12-10, 11-9, 11-8 victory over James Willstrop of England, who was competing in his first final.

It is the first major title for Elshorbagy, the former world number one, since winning the British Open in 2016.