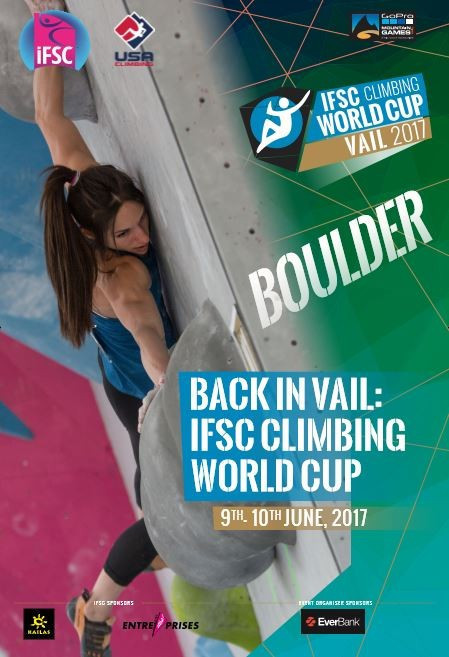 Japan’s Tsukuru Hori and Rei Sugimoto were the leading qualifiers for the men’s semi-finals as action got underway today at the International Federation of Sport Climbing (IFSC) Bouldering World Cup in Vail in Colorado.

Hori topped the A qualification standings at the outdoor competition venue at the base of the Vista Bahn gondola in the heart of Mountain Plaza.

He was followed by compatriots Kokoro Fujii, the winner of last year's equivalent event, and Meichi Narasaki in second and third respectively.

World Cup rankings leader Keita Watabe of Japan occupied ninth spot and is also through to the semi-finals.

Garnbret won A qualification ahead of the US’s Alex Puccio and World Cup rankings leader Shauna Coxsey of Great Britain.

Nonaka led a Japanese one-two ahead of Akiyo Noguchi in B qualification, while American Brooke Raboutou rounded out the top three.

The semi-finals and finals in both the men’s and women’s competitions are due to take place tomorrow.

Sport climbing was added last August to the Olympic programme at Tokyo 2020 along with four other sports - baseball/softball, karate, skateboarding and surfing.