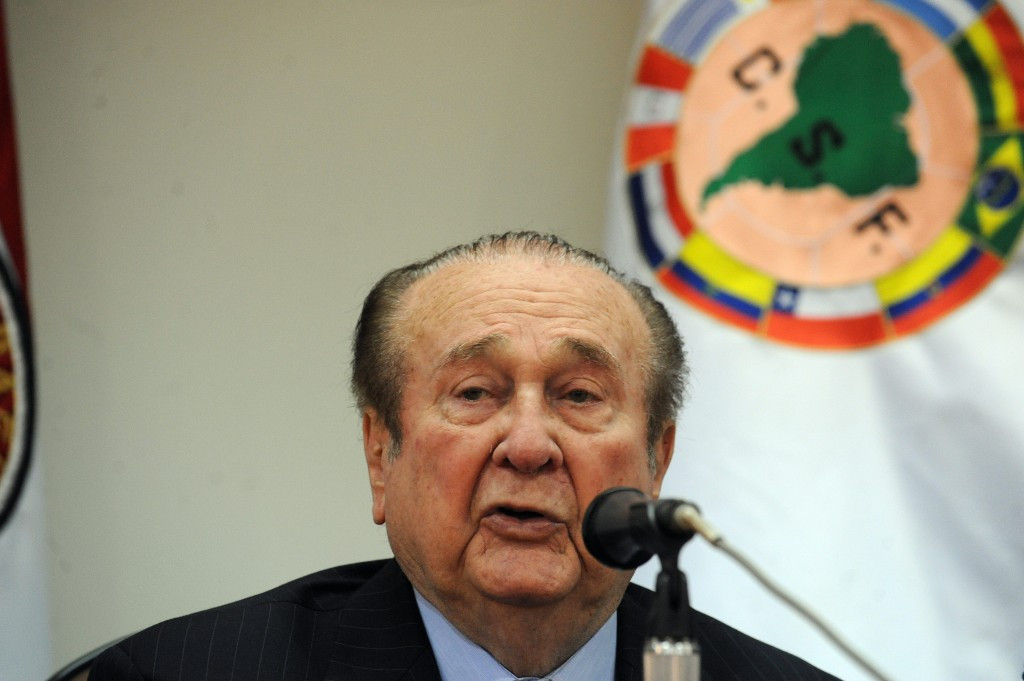 Former Presidents of the South American Football Confederation (CONMEBOL) have been accused of a range of charges connected to the FIFA corruption scandal by the organisation after they submitted a criminal complaint to Paraguay's public prosecutor.

The Paraguay-based CONMEBOL has claimed Nicolás Leoz and Eugenio Figueredo are guilty of money laundering, embezzlement and forgery, among other offences.

According to Brazil's O Globo newspaper, Juan Angel Napout, another former President, has also been implicated.

The three officials are among those indicted by the United States Department of Justice (DoJ) as part of their continuing investigation into alleged criminal activity within world football.

The CONMEBOL are pressing the charges in an attempt to recoup nearly $130 million (£100 million/€116 million) they say has been lost in embezzled funds.

It is claimed the majority of the money was siphoned from the organisation during the reign of Leoz, the Paraguayan who served as President from 1986 to 2013.

Leoz is under house arrest in Paraguay's capital Asuncion and is still trying to fight extradition to the US.

"We now want the authorities to investigate where it went and how it was used."

According to the complaint, the three Presidents paid more than $68 million (£53 million/€61 million) to a total of 21 companies identified in the DoJ's cases.

It also says Leoz transferred $27 million (£21 million/€24 million) to two bank accounts from CONMEBOL, one of which was under his own name.

The other was reportedly in the name of a company, NL Stevia SA, owned by members of his family.

The CONMEBOL are hoping that prosecutors will help the governing body regain the money they have lost as a result of endemic corruption within their organisation.

They have been at the centre of the scandal, which has seen more than 40 officials and entities indicted and largely concerns bribes and kickbacks related to media and marketing rights for international matches.