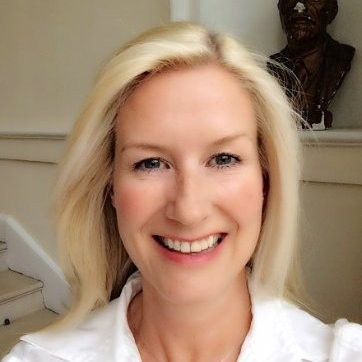 Julia Newton has been announced as the new chair of GB Taekwondo, replacing Jeremy Beard.

Newton, the founder and managing director of communications and marketing consultancy Shine, will begin her role from July 1.

Beard has opted to step down after seven years in the role.

"Over the past decade the achievement of Jeremy Beard, the staff and athletes is both outstanding and inspiring," said Newton.

"I am honoured to be joining GB Taekwondo and look forward to helping the team build on their extraordinary success."

Britain has enjoyed a purple patch in taekwondo - headed by double Olympic gold medallist Jade Jones who defended her London 2012 57 kilogram title at Rio 2016 in August.

In all, British taekwondo players have bagged six Olympic medals from Beijing 2008 onwards.

The country is also gearing up to host the World Taekwondo Federation (WTF) World Championships for the first time at the Manchester Arena in May 2019.

"It has been an honour and a privilege to chair GB Taekwondo over the last seven years," said Beard.

"I would like to thank the staff and the athletes for their outstanding achievements on and off the mat during this time, and my fellow Board members for overseeing and guiding the organisation during my time as chairman.

"I wish Julia, and all the team, every success in the future.

"Julia has been a highly successful entrepreneur, founder and managing director of a leading communications and marketing consultancy and has a strong awareness of sports business.

"She has also been chair and non-executive director for two other organisations and has an excellent awareness of the need for sound governance in a publicly funded organisation."

Newton was appointed after a recruitment process led by Sara Sutcliffe, a senior independent director, and including representation from UK Sport.