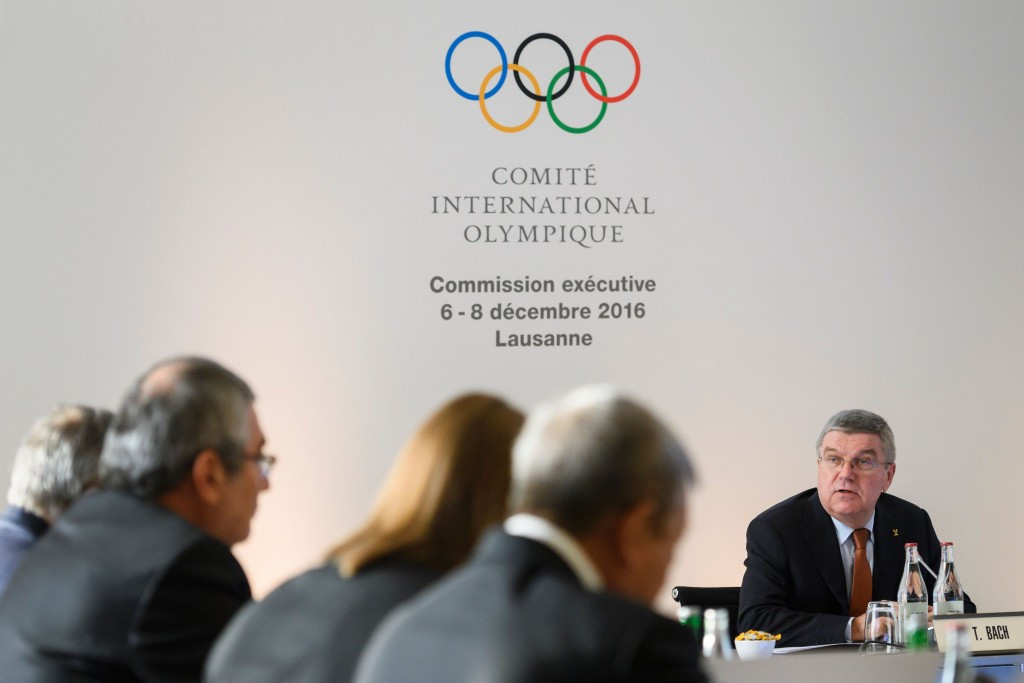 Bach, speaking here during a visit to the World Table Tennis Championships, suggested this as a means to reinvigorate a system which "does not work anymore" in many Western countries.

The IOC want to begin an "early dialogue" with interested "cities, regions or National Olympic Committees" to discuss when and how a bid should take place.

The German has also called for potential bidders to rely on the "know-how" of the IOC rather than a "host of consultants".

These issues are going to be discussed by the IOC Executive Board in relation to the 2026 Winter Olympic bidding process at a meeting in Lausanne on Friday (June 9).

"If we learn of considerations, be it in a city, in a region, or in a National Olympic Committee, such a step would be a very appropriate instrument," Bach told the Westdeutsche Allgemeine Zeitung newspaper when asked if they would actively approach places interested.

"If the dialogue starts early, a lot can be developed together.

"The cities could benefit from our know-how and should not have a host of consultants, which leads to ever-increasing projects."

Bach did not mention whether this could ultimately lead to just one candidate being put forward for a certain Games.

insidethegames understands, however, that potential bidders deemed unsuitable could be urged to postpone their bid or target another event to avoid "losing".

This idea follows a proposal by the International Association of Athletics Federations' (IAAF) ruling Council in February to scrap formal bidding for the World Championships in favour of similar consultations.

This is more in line with tendering processes in the business and corporate worlds.

Concerns have been raised that it would lead to a more secretive and non-transparent process, however.

Another example of a similar strategy is shown by the Olympic Council of Asia (OCA), who usually persuade only one country to formally bid for each edition of the Asian Games.

Bach, as the former German Olympic Sports Confederation head, played a key role in Munich's unsuccessful bid for the 2018 Winter Olympic and Paralympic Games, which culminated in a defeat to Pyeongchang at the 2011 IOC Session in Durban.

Since becoming IOC President in 2013, there have been a host of major withdrawals from the 2022 Winter and 2024 Summer bidding races.

Budapest's decision to drop their bid for 2024 in February meant Los Angeles and Paris are the only runners left in a contest that begn as a five-horse race and also included Hamburg and Rome.

Los Angeles was itself a replacement candidate after the initial American choice of Boston withdrew following local opposition.

A new "invitation phase" was initiated before the 2024 bidding process was officially launched in 2015, but it has made little obvious difference so far.

The IOC Executive Board is considering plans to award both the 2024 and 2028 Summer Olympic and Paralympic Games to Paris and Los Angeles this year.

Bach also answered "yes" when asked if they are keen for regional bids rather than from one single city.

"But it is crucial to make the much-cited Olympic spirit tangible," he added to Westdeutsche Allgemeine Zeitung.

"The Olympic idea is mainly practiced in the Olympic Village and then worn out by the athletes.

"This is more important than ever in this crippled, fragile world."