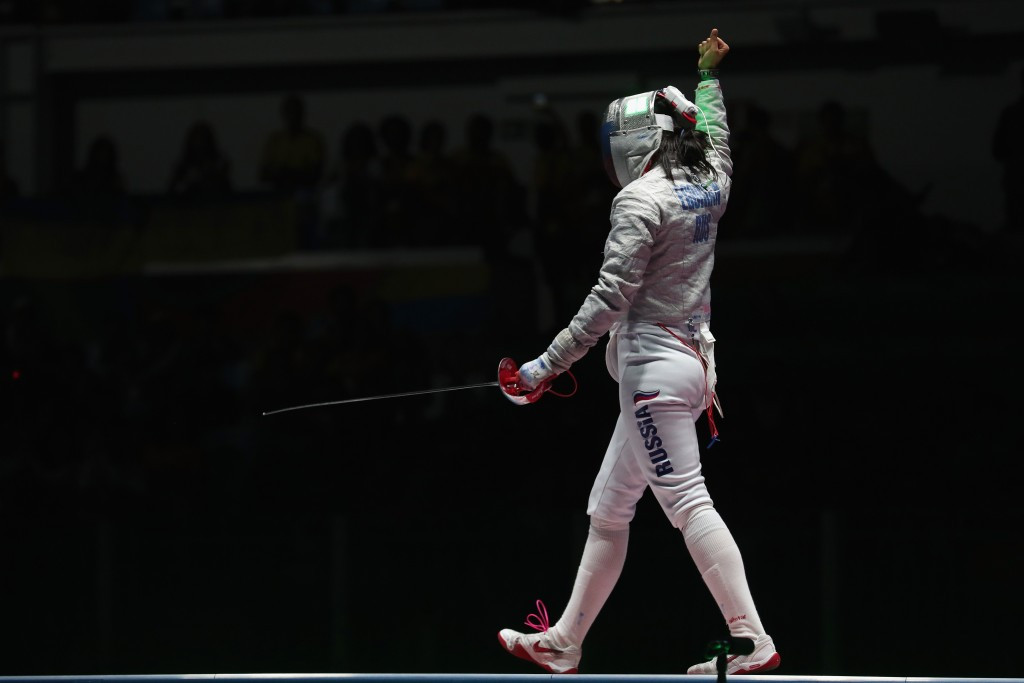 Olympic champion Yana Egorian will hope to conclude the International Fencing Federation (FIE) Grand Prix season in style by winning the final event of the season on home soil in Moscow.

Egorian, who claimed gold in the individual and team events at last year's Olympic Games in Rio de Janeiro, is the headline name among the entries in the women's competition in the Russian capital.

The event, which begins tomorrow and ends on Sunday (June 4), will bring the FIE Grand Prix campaign to a close.

It will also be the last major test for competing athletes prior to the World Championships in the German city of Leipzig, scheduled to run from July 19 to 26.

Sofiya Velikaya, who lost out to compatriot Egorian in the Rio 2016 final, has not entered the event at the VTB Ice Palace.

Olympic bronze medallist Olga Kharlan of the Ukraine is also likely to challenge for the title, while world number two Anna Marton of Hungary will be in contention for the medals.

The men's Olympic champion, Áron Szilágyi of Hungary, is scheduled to compete at the event, with Kim Jung-hwan of South Korea, currently the world's top-ranked sabre fencer, is also due to be in action.

Vincent Anstett of France, the world number three, and Olympic silver medallist Daryl Homer of the United States will hope to challenge for the podium positions.

"This tournament holds a specific place in our international calendar, for it is the last Grand Prix competition before the major events of the season, namely continental championships and the World Championships," FIE President Alisher Usmanov said.

All the best athletes from all over the world will attend it, hence the list of participants, containing many fencing stars, is really impressive.

"The Moscow Sabre is one of the world’s oldest and most important fencing tournaments.

"To win it means to become part of the world sabre fencing elite, the cherished goal of each athlete who visits Moscow."