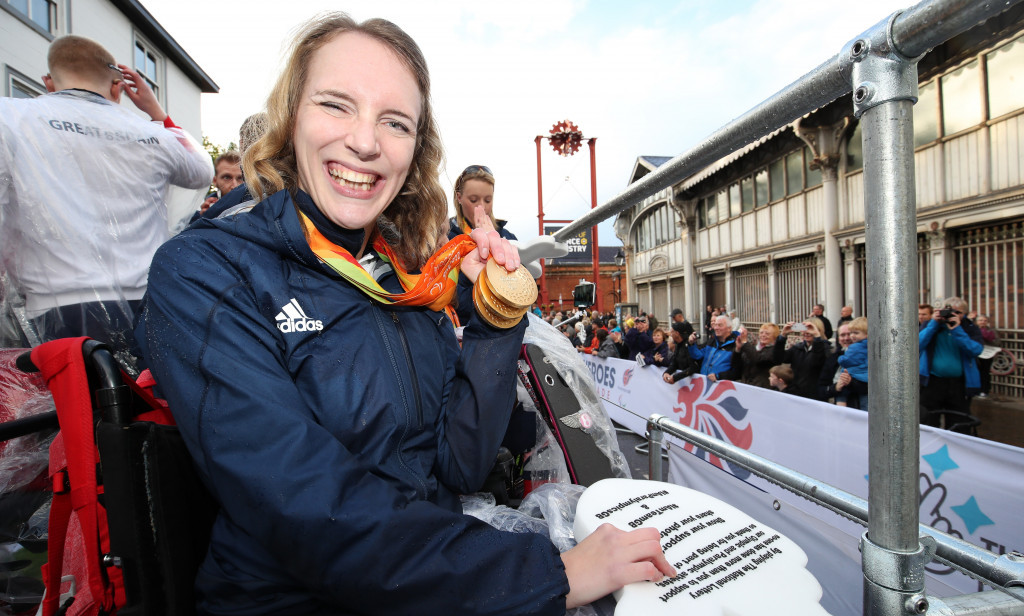 Eight-time Paralympic champion Sophie Christiansen was among those to attend a forum on the development of Para-equestrian in the English town of Stow.

Christiansen, who followed a dressage bronze at Athens 2004 with two golds and silver at Beijing 2008 and then golden hat-tricks at London 2012 and Rio 2016, was joined by 70 delegates spanning 24 countries.

Athletes representing Italy, Japan, Canada, Hong Kong and the US Virgin Islands also travelled to the Gloucestershire town, as well as judges, officials, classifiers and coaches.

Organised by the International Equestrian Federation (FEI) and hosted by British Dressage, the gathering followed an inaugural forum held in Essen, Germany, in 2015.

Developments in Para-dressage over the last two years were discussed, including the "success" of Rio 2016.

There were also "in-depth and energetic discussions which covered wide subject areas such as competition formats, the use of music in individual tests, classification, and ways to develop the sport further by making it easier to enter competitions".

“It's been brilliant," said Christiansen.

"The athletes should have more face time with judges and officials.

"I've felt that, for years, I've had things which I couldn't talk about but this weekend I have been able to meet people who would have the answers.

"I see these people at competitions but that's the wrong time to have quite frank discussions so I think it's really beneficial for me, as quite an opinionated athlete, to come to this."

Topics discussed include the renumbering of Para-equestrian grades from I to V, rather than the old system of grades Ia and b to IV.

"This is the second ever forum but the spirit we have in the group, all working towards a common goal, has given us a really inspiring two days," added Amanda Bond, chair of the FEI Para Dressage Technical Committee.

"We go into our committee meeting now for two days at which we review the rules and talk through all the major issues which have come up in the forum.

"We had some great ideas around things like developing coaching and working with the FEI's Solidarity programme and these are ideas we will work up a little more and see what we can do."