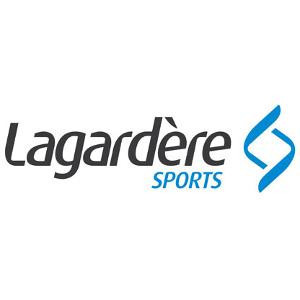 The International Weightlifting Federation (IWF) and Lagardère Sports have reached a new multi-year media relationship that will run through to 2020.

As the strategic media partner for the IWF, Lagardère Sports will be the host broadcaster for the next three IWF World Championships.

It will also leverage its extensive worldwide network to market the television rights for each event around the world.

In addition, the global sports marketing agency will serve as a consultant to the IWF to "reimagine" the IWF Grand Prix, a series of high-level weightlifting events held throughout the year.

"The IWF is delighted to work together with Lagardère Sports and further improve the value of its sport portfolio," IWF President Tamás Ajan said.

"Focusing on the development of an effective production and distribution strategy while leveraging the Grand Prix structure will both give more visibility to the sport and competing athletes.

"We are dedicated to reach these long-term goals with joint efforts."

The 2017 IWF World Championships are due to be held in American city Anaheim in California from November 28 to December 5 and are expected to feature more than 500 athletes from 80 countries.

The 2018 and 2019 events, which are set to be held in Lima’s capital Peru and Thai city Pattaya respectively, will serve as qualifiers for the Tokyo 2020 Olympic Games.

"We’re thrilled to partner with the International Weightlifting Federation and build on this relationship over the next four years," Dennis Spencer, senior vice-president of media at Lagardère Sports, said.

"There is a great appetite for IWF content around the world.

"Through a long-term strategic partnership, we will be able to give these events the global visibility they deserve, while creating a consistent, high-level product.

"This will result in a better outcome for everyone involved with the sport of weightlifting, including the fans, athletes, host cities, sponsors and broadcasters."

Lagardère Sports’ media division features a robust network with expertise in content creation, live production and host broadcasting, and sales and distribution of thousands of hours of sports programming per year around the world.

The Moroccan was referred to the Egyptian Economic Court along with former President Issa Hayatou concerning a broadcast rights deal struck with Lagardère Sports by the CAF.