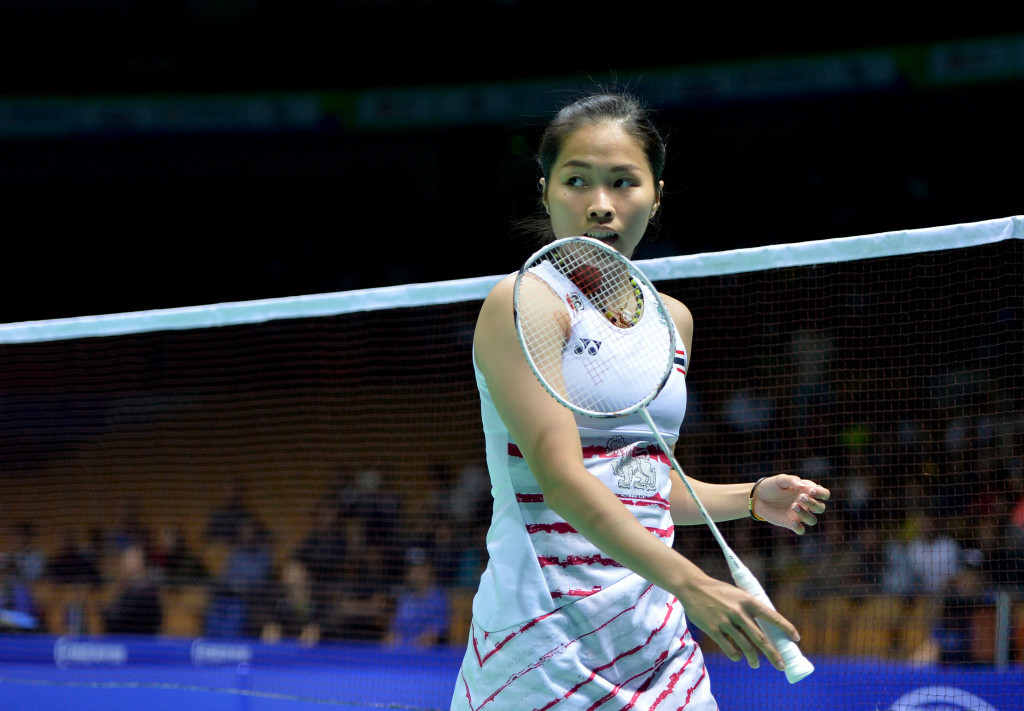 South Korea will face Thailand in the semi-finals of the Sudirman Cup after each won last-eight clashes today at the Carrara Sports and Leisure Centre in Gold Coast.

While South Korea were comfortable 3-1 winners against Chinese Taipei, Thailand were taking to the final rubber before a thrilling victory over Denmark.

The Danes, beaten finalists at the mixed team competition in 2011, led 2-1 after Viktor Axelsen's 21-15, 21-16 men's singles win over Tanongsak Saensomboonsuk was followed by a men's doubles success for Mads Pieler Kolding and Mads Conrad-Peterson over Bodin Isara and Nipitphon Phuangphuapet, 21-15, 21-6.

But 2013 world champion Ratchanok Intanon reduced the deficit with a 21-15, 21-14 success over Line Kjærsfeldt in the women's singles.

Jongkolphan Kititharakul and Sapsiree Taerattanachai then clinched the decisive women's doubles with a 21-15, 21-12 success over Kamilla Rytter Juhl and Christinna Pedersen.

The South Koreans will be chasing a first victory in the biennial event since 2003.

India will face China and Japan will play Malaysia in the other two quarter-finals tomorrow.