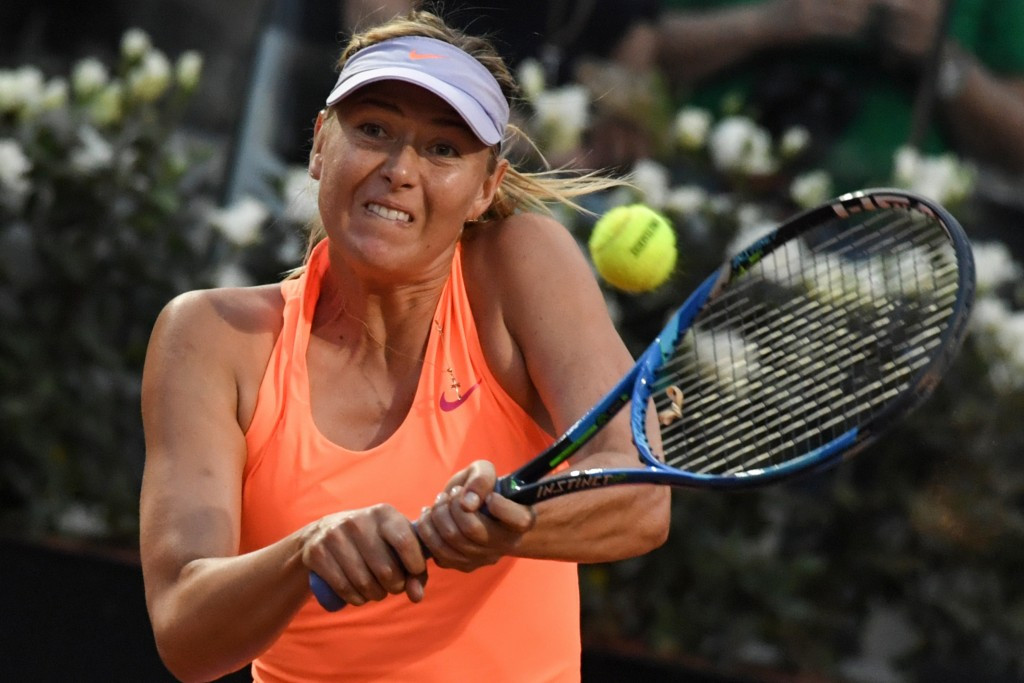 Organisers of the Rogers Cup in Toronto have announced that Russia's Maria Sharapova has been given a wildcard entry to the tournament in August.

The hard court competition at the Aviva Centre is one of the events used by tennis' top stars to prepare for the US Open, which begins on August 27.

Controversy has surrounded Sharapova since her return to tennis in April following the end of a 15-month drugs ban, after she tested positive for meldonium at the 2016 Australian Open.

The 30-year-old has received wildcards for other tournaments as part of her comeback despite criticism from fellow players and pundits who believe she should not be given them.

However, Rogers Cup tournament director Karl Hale confirmed it had been decided that the five-time Grand Slam women's singles champion should be allowed to compete in Toronto for the event running from August 5 to 13.

"Maria is a Grand Slam champion and a fan favourite," Hale said.

"She has served her suspension and we know our guests will be excited to see her play.

"She will join what is set to be a star-studded field, as we look forward to welcoming the best of women's tennis back to Toronto this summer."

Speaking to reporters after the announcement was made, Sharapova, who was a runner-up at the 2009 edition of the tournament when she lost to fellow Russian Elena Dementieva, said she was delighted to be handed a wildcard.

"I'm really looking forward to coming back to Canada," she said.

"This is one of the biggest events of the year and I hope to play my best tennis that week."

On May 16, it was confirmed that Sharapova would not be given a wildcard to the French Open, which starts at Roland Garros in Paris on Sunday (May 28).

However, the London 2012 Olympic Games women's singles silver medallist now has a world ranking, currently 173, which is good enough for her to enter the qualification rounds for the Wimbledon Championships.

Sharapova announced on May 19 that this would be the route she would take to the Grand Slam tournament in London, which she won aged 17 in 2004, opting not to apply for a wildcard into the main draw.