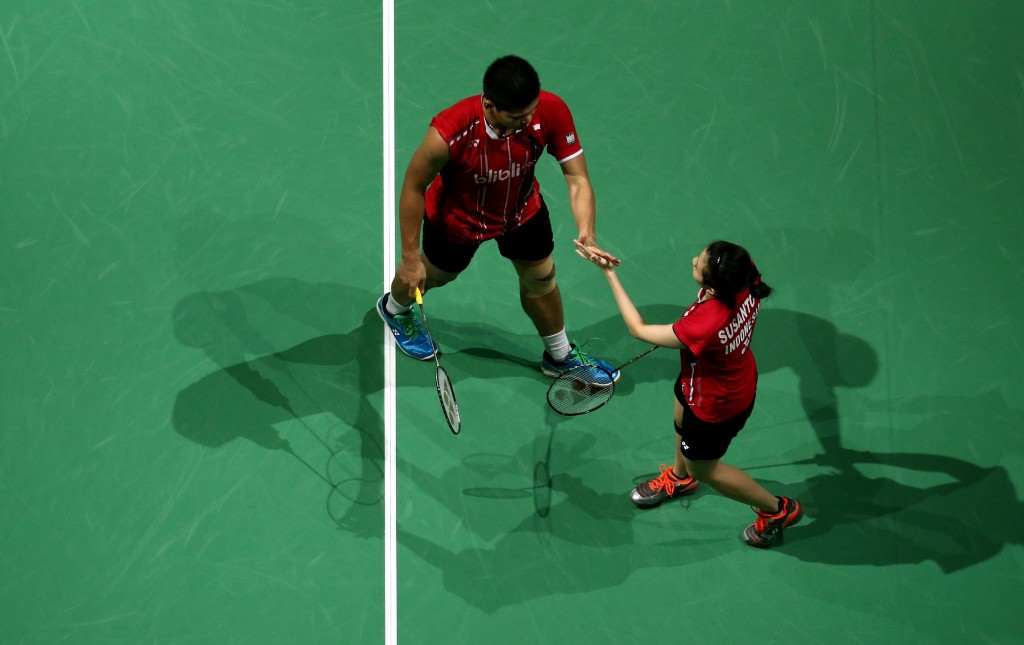 Indonesia have failed to qualify for the Sudirman Cup quarter-finals for the first time, despite beating Denmark at the Carrara Sports and Leisure Centre in Gold Coast.

A 4-1 loss to India had severely dented Indonesian hopes yesterday, with the result placing them bottom of Group D at the Badminton World Federation's (BWF) world mixed team tournament.

Their team required a comprehensive victory over Denmark to stand a chance of continuing their record of reaching the quarter-finals, having achieved the feat at all 14 editions of the event to date.

Debby Susanto and Praveen Jordan gave Indonesia the perfect start to the tie as they won 21-12, 21-13 in the mixed doubles against Christinna Pedersen and Joachim Fischer Nielsen.

Carsten Mogensen and Mathias Boe brought Denmark back into the tie by winning a thrilling men’s doubles rubber 16-21, 24-22, 23-21 against Kevin Sanjaya Sukamuljo and Marcus Fernaldi Gideon.

They would be denied a 4-1 victory and a quarter-final place, when Denmark’s Kamilla Rytter Juhl and Pedersen won 21-18, 13-21, 21-13 in the women’s doubles over Greysia Polii and Apriyani Rahayu.

The 3-2 win saw Denmark end as the Group D winners, with India taking the runner-up spot.

Denmark will now meet Group A runners-up Thailand in the quarter-final stage of the tournament.

Thailand suffered a heavy 5-0 loss to China today, with the defending champions setting up a meeting with India in the process.

Chinese Taipei secured a 3-2 win over South Korea to ensure they finished top of Group B.

The two teams will meet again in the quarter-finals, after the draw placed the two teams against each other.

It meant the qualifiers from Group C would also meet each other in the last eight.

Japan will go into the tie against Malaysia with the psychological advantage, having beaten their rivals 3-2 today.

Competition is taking part in Gold Coast, which will host next year's Commonwealth Games.