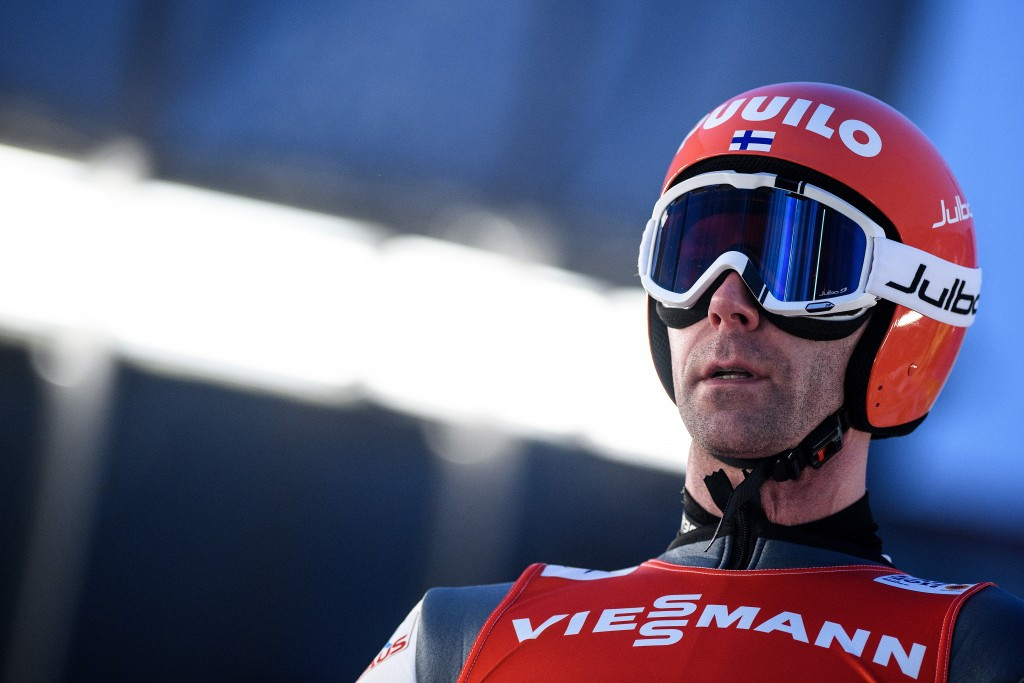 Finland have selected four ski jumpers in their men's squad for the 2017-18 Olympic season.

Veteran Janne Ahonen will be joined by Ville Larinto, Jarkko Maeaettae and Antti Aalto in the national team.

He has also won five World Championship gold medals, including the individual normal hill title in Trondheim in 1997 and the individual large hill gold in Oberstdorf in 2005.

Ahonen, who will train away from the main group, was 50th in the overall International Ski Federation (FIS) World Cup standings last season.

The two-time overall World cup champion finished tied in the position with Maeaettae, with both jumpers earning 24 points.

They were the best performers out of all of the Finns on the circuit in what was a disappointing season for the Scandinavian nation.

Twenty-two-year-old Aalto did not score any points.

The only female jumper selected is Julia Kykkaenen.

"We will have a group of nine jumpers we will be working with over the summer," said Austrian head coach Andreas Mitter.

"It's good to have a bigger group, so the athletes can challenge and push each other.

"Janne Ahonen will continue to train independent from the team, but we will be in touch constantly and he will also participate in our training camps in Finland."

The 2017-18 season will include the Pyeongchang Winter Olympics in South Korea in February.