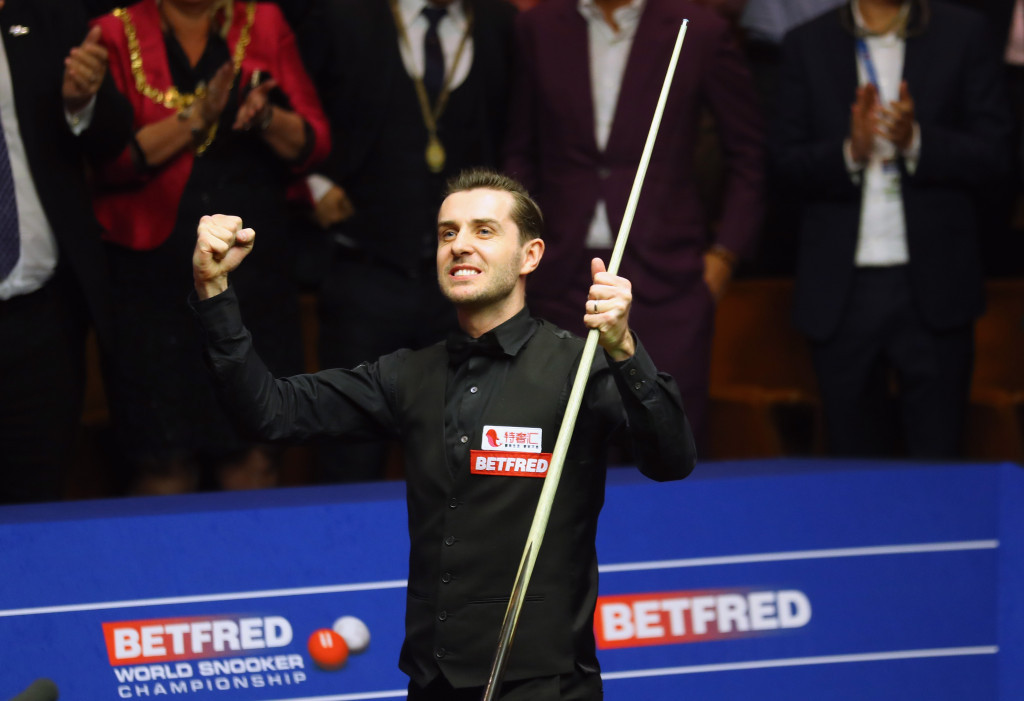 Increased viewing figures have been announced for this year's World Snooker Championships.

The tournament was broadcast by the BBC in the United Kingdom and also by pan-continental channel Eurosport.

Seventeen days of action concluded on May 1 at the Crucible in English city Sheffield, when Mark Selby won his third title after an 18-15 victory over John Higgins.

On the BBC, the peak audience for the final was 4.2 million, up from 3.9 million last year.

Across the whole tournament, the broadcaster's average audience was nine per cent higher than 2016 with the average live audience three per cent up.

Eurosport registered figures of 2.5 million for the final with a total reach of more than 6.9 million.

Increased figures were reported in countries including Poland, Norway and Spain.

World Snooker chairman Barry Hearn said: "We are thrilled with these figures from two of our most important broadcasters.

"This year's Betfred World Championship was a fabulous tournament with so many thrilling moments and tremendous matches.

"The production values on BBC and Eurosport have been superb throughout the season.

"We continue to make progress as a worldwide sport and the increased viewing figures on both BBC and Eurosport are testament to our growing popularity both in the UK and across Europe.

"We look forward to working closely with our broadcast partners on further success next season as we bring snooker to all corners of the globe."

They were streamed on Facebook Live in North and South America, the Caribbean and India.

A contract to keep the event at the Crucible until 2027 was signed before this year's edition.