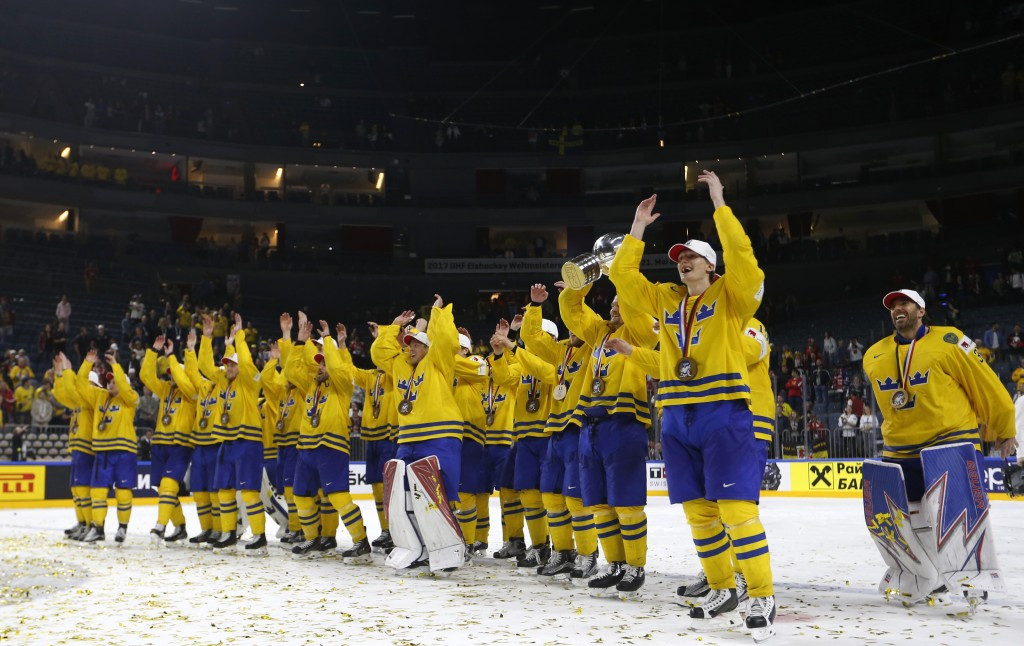 Sweden have been crowned the winners of the 2017 International Ice Hockey Federation (IIHF) World Championship after defeating Canada via a shoot-out.

After a 1-1 draw in regulation time at the Lanxess Arena in Cologne, the match remained goalless during overtime.

Nicklas Backstrom and Oliver Ekman-Larsson then scored the decisive goals for Sweden as they won the shoot-out 2-0.

But the hero was keeper Henrik Lundqvist after he stopped all four Canadian shots he faced, handing Sweden their first gold medal since 2013.

The first period was extremely tense but Canada had the best two chances to open the scoring.

Mark Scheifele unleashed a fierce shot which hit the post before Lundqvist saved from Ryan O'Reilly only for Matt Duchene to miss from the rebound.

Sweden took the lead in the second period as Victor Hedman redirected the puck towards goal, only for it to dribble between Canadian goalkeeper Calvin Pickard's pads with only 20 seconds left.

The North Americans, the defending champions, were not behind for long, however.

Mitch Marner hit a shot which rebounded to O'Reilly.

He pushed the puck back towards goal and it hit Lundqvist's stick and his mask before looping over his shoulder and in.

Neither side were able to take the lead again the match, forcing it to go to the shoot-out where Lundqvist proved to be the hero.

Finland rallied from a 4-0 second period deficit to make it 4-3 in the third, but could not complete the comeback.

It is the fourth consecutive medal the Russians have won at the Championships after winning bronze in 2016 on home ice, silver in 2015 in the Czech Republic and gold in Belarus in 2014.

Nikita Gusev scored twice for the Russians while Vladimir Tkachyov, Bogdan Kiselevich and Nikita Kucherov also found the back of the net.

Goals from Mikko Rantanen, Mikko Lehtonen and Veli-Matti Savinainen almost got Finland back into the match but their efforts proved ultimately fruitless.