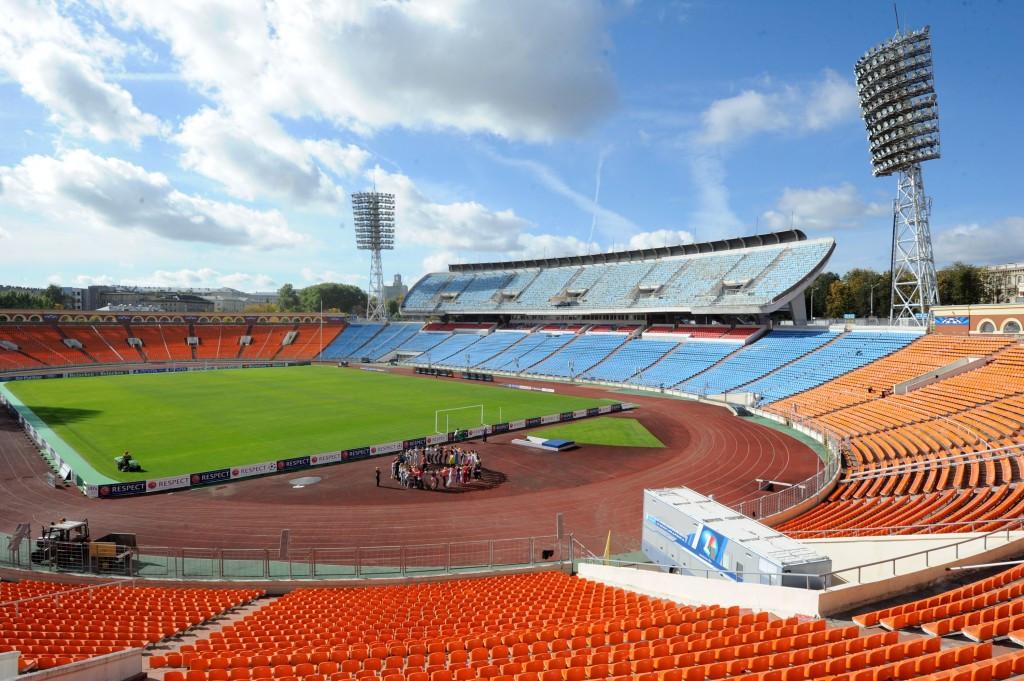 Dates for the Minsk 2019 European Games have been confirmed here today, with the second edition of the multi-sport event due to run from June 21 to 30.

Both the Opening and Closing Ceremonies of the event will take place at the Dinamo Stadium in Minsk, while some competitions might begin on June 20, a day before the Games is officially opened.

Renovations have been taking place at the Dinamo Stadium since 2012, with the facility expected to be completed by the end of 2017, according to Minsk 2019.

It has been stressed the construction was already being conducted under a Government programme and are not a cost associated with the European Games.

The stadium, which has previously been used by the Belarus national football team and held matches at the Moscow 1980 Summer Olympics, will host athletics competition at the Games as well as the Ceremonies.

An agreement has been reached in principle for athletics to feature and will include street competitions, with the European Olympic Committees (EOC) confirming it as one of 16 sports this week.

The Minsk Arena has been confirmed as the venue for the gymnastics competition at the Games, with acrobatic, artistic, rhythmic and trampolining competitions set to take place at the 15,000 seat venue.

The arena is comprised of a complex of three buildings, which includes a 2,000 seat capacity velodrome, which was used for the 2013 event.

Track cycling and badminton competitions will be held at the velodrome during Minsk 2019, with the facility’s ice rink expected to be turned into a warm-up area.

Road races and time trials will also take place at the Games, with both cycling events due to be held in the city.

Mountain bike and BMX competitions were held at the Baku 2015 European Games, but will not feature in Minsk.

The Palova Arena, a 2,000 seat facility at the heart of the city, will stage 3x3 basketball competition at the Games.

Karate and judo will be housed in the Minsk Sports Palace, while the National Olympic Committee of Belarus’ existing Olympic Sport Complex will host beach soccer and beach volleyball.

It was confirmed earlier this week that 11 of the 16 sports are set to act as Olympic qualifiers in Minsk, with gymnastics and wrestling the only two Olympic sports were this will not be the case.

Beach soccer, 3x3 basketball and sambo are currently not on the Olympic programme.

Minsk are set to use student accommodation for the Athletes’ Village, with the facilities having previously been used to house fans for the 2014 Ice Hockey World Championships.

Capralos told NOCs that the EOC did not want to see organisers constructing facilities for the Games, as they seek to make the cost of hosting more affordable.

“We did not want the organisers to have huge expenses in building sports facilities,” he said.

“Therefore, one of the rules is to only use existing facilities.

“Maybe facilities which would require refurbishment or improvement, but not constructing facilities, expect if the organiser has its own role to build facilities for its own use.”

A total of 4,000 athletes are expected to attend the second edition of the Games.

Minsk 2019 confirmed Belarus Prime Minister Andrei Kobyakov has been named as chair of the Organising Committee.

George Katulin, the former secretary general of the National Olympic Committee of the Republic of Belarus (NOC RB), has been named director of Minsk 2019.

Serghei Shablyka has been confirmed as the Minsk 2019 sport director.

Minsk 2019 have also stated the slogan for the Games will be “Bright You”.

The EOC will cover travel for athletes and NOC officials, while Minks 2019 will cover costs of staying in the host city.

The inaugural edition of the Games took place in Azerbaijan’s capital city Baku in 2015.