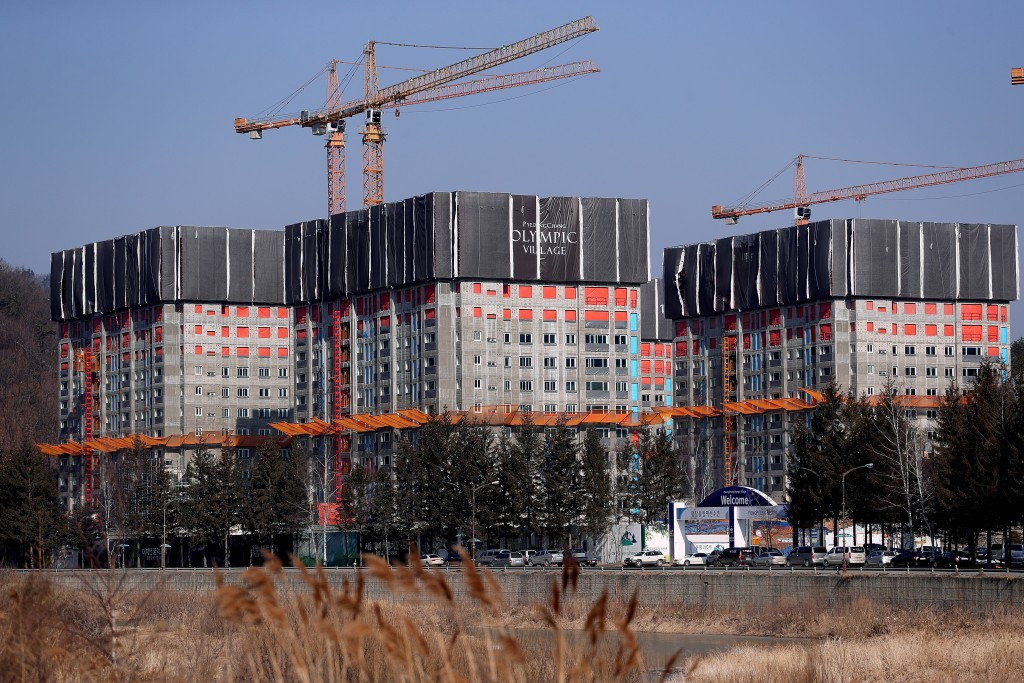 National Olympic Committees (NOC) have expressed concerns after being informed their allotted accommodation at the Athletes' Village for Pyeongchang 2018 could need to be renegotiated after a shortage of beds was discovered.

The update on preparations was provided by Pyeongchang 2018 director of NOC services Eric Hwang.

Tsurunaga told NOCs that a review has been completed by the IOC of the Pyeongchang 2018 Athletes' Village accommodation and they were reviewing the next steps in the process.

The NOCs have now been that that number has been significantly reduced.

"There was supposed to be approximately around 4,000 beds in the mountain village in Pyeongchang," Tsurunaga told NOCs here today.

"They assured us they were going to make some changes in the construction to ensure there were that many beds, but it did not happen.

"The number of beds available was reduced, significantly, to around 3,000 and something, I’m not sure the exact figure.

"In negotiations with NOCs, they worked on proposed rather than actual numbers.

"One or two things are going to happen, either we do the nuclear option which is to start and redo everything or [Pyeongchang 2018] will talk to you guys and negotiate the spaces."

"It is not great and we want to make sure there are enough beds for everybody.

"We do not know, the impact might be minimal."

Potential changes to allotted space in the Athletes' Village could be as a result of Pyeongchang 2018 having been claimed to have placed some smaller NOCs in larger parts of the Village.

Tsurunaga claimed this may have resulted in "bed kills", where the space could have potentially been used to better effect by larger NOCs.

One aspect of concerns raised during the Chef de Mission Seminar related to a lack of hotels in mountain clusters which could mean that vital team officials and coaches will have to stay in the Gangneung coastal cluster.

It was revealed in February that two new hotels are being built close to the Alpine skiing venue at Jeongseon in order to ease accommodation shortages.

The venue was considered too far away for people to be accommodated in either the Alpensia Resort Games hub or the city of Gangneung, where ice sports are due to be held.

Both of the new hotels are currently being constructed and should be completed by October.

IOC Coordination Commission chair Gunilla Lindberg promised today that accommodation was covered for the teams but a shortage of hotels means there is an issue housing extra officials.

"Everyone is told to reduce costs and not to build hotels," Lindberg told the NOCs.

"NOCs say you do not have enough hotels, you promised this.

"On the other hand, from the Coordination Commission and IOC they are saying ‘stop, don’t build more hotels’ because there will be no legacy in the future.

"I think we have reached a compromise for the NOCs, we have covered at least for the teams, which is the most important thing.

"We have a problem for extra guests like sponsors and ministers, we know that and that is a fact."

Transport concerns relate primarily to the high-speed railway connection between Incheon International Airport, Seoul and the Pyeongchang region itself.

Athletes are due to travel on the high-speed railway once arriving in South Korea while their luggage and equipment will follow in logistics trucks.

Accredited personnel such as media and other officials are also expected to use the connection - which should reduce four hour journey times by half - as well as spectators.

There are, therefore, concerns that more than the expected capacity of 20,000 people per day could attempt to make the journey.

With the last trains due to leave Games venues at 11pm, there are also worries over how spectators watching sport finishing later in the evening will be able to return to Seoul.

NOCs have asked for the option of having buses, as well as the high speed train, to travel to accommodation.

Pyeongchang 2018 had claimed buses would only be provided in three circumstances, either a train being full, the period after the last train or if there is a wait of over one hour for a train.

Both Lindberg and Tsurunaga stressed to the NOCs that this transport plan had not been agreed to by the IOC and that the issue would be addressed at a project review in June.