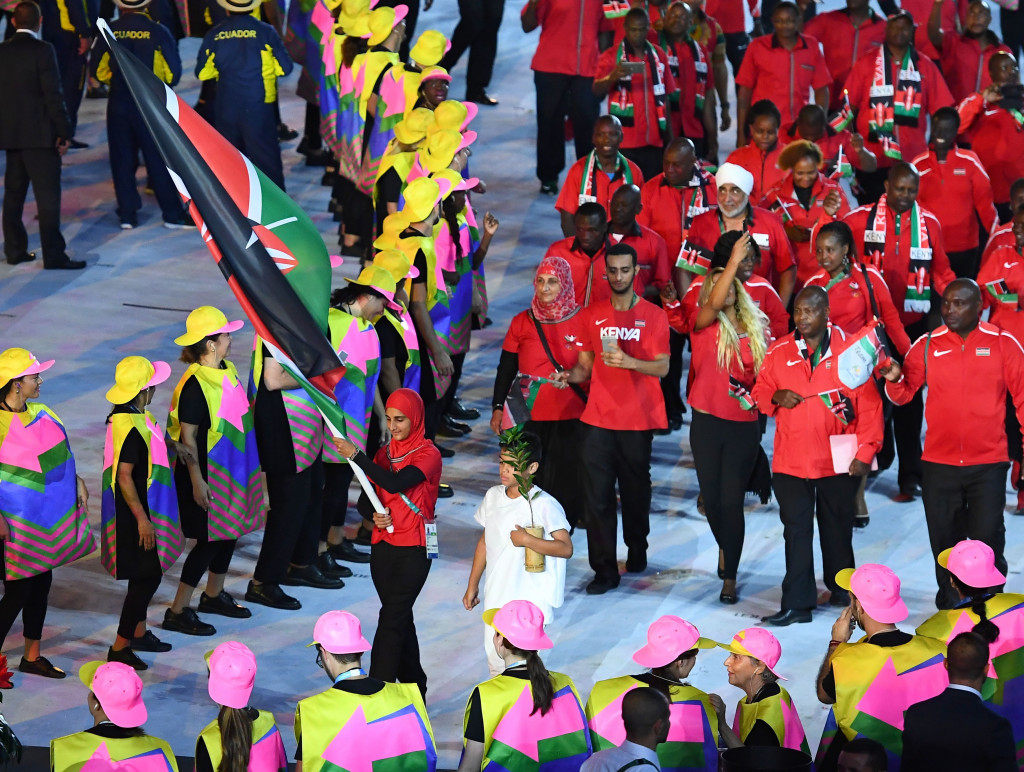 The Extraordinary General Assembly at which the elections were due to be held was called off by NOCK chairman Kipchoge Keino minutes before it was due to start on Friday (May 5) after he was served with a writ.

The case is now due to be heard on June 21, when all the parties in the dispute will be heard.

Writing in a letter address to the current NOCK leadership, IOC deputy secretary general Pere Miró also called on the World Taekwondo Federation (WTF) to intervene and mediate the dispute.

He also expressed his scepticism that this was the real motivation for the postponement.

"This legal action initiated before the High Court for an internal matter that is under the jurisdiction of your NOC and the Electoral Board, in accordance with your NOC Constitution and the Olympic Charter, is very surprising and highly questionable coming from an individual/federation claiming to belong to the Olympic Movement," Miró wrote in a letter, copied to the WTF and other NOCK members, seen by insidethegames.

"Indeed, this goes against the rules and dispute-resolution mechanisms clearly established in your NOC Constitution and in the electoral regulations drafted by the Electoral Board and accepted by all."

NOCK has been facing the threat of suspension from the IOC since Rio 2016.

The decision to bar both the KTA and the Kenyan Cycling Federation (KCF), also suspended because of a row over who is leading it, was taken by the Centre for Multiparty Democracy-Kenya, an independent organisation brought in by NOCK to oversee the election.

It meant that Stephen Kiptanui arap Soi and James Chacha were unable to be nominated for the roles of the deputy secretary general and deputy treasurer respectively.

Soi and Chacha are among four Kenyan officials facing charges of theft and embezzlement following the disappearance of cash and equipment meant to help Kenya's athletes prepare for Rio 2016.

Miró wrote that the High Court order was "also contrary to the generally accepted practice within the Olympic Movement" for resolving such disputes.

The IOC had supposedly mediated a solution to ensure that the KTA and KCF would be able to participate.

"As this satisfactory and fair solution (fully compliant with your NOC Constitution) was agreed upon between all concerned parties, there was absolutely no objective reason to initiate any recourse before any court," Miró wrote.

"Therefore, it would be interesting to know the real intentions behind this action, the regrettable consequence of which is to delay, once more, the completion of the process.

"Whatever the real motivations may be, this action is clearly a lack of respect for your NOC (and the jurisdiction of your NOC General Assembly), the roadmap agreed upon in September in Lausanne between your NOC, the Ministry of Sport and the IOC/Association of National Olympic Committees of Africa, and the numerous calls from the IOC over the past few months to finalise this process.

"More importantly, this goes against the general interest of the Olympic and Sports Movement in Kenya and the athletes, which is to have this process (that has already suffered numerous delays) completed quickly and smoothly."

All payments of subsidies from the IOC to the NOCK will remain suspended until the IOC is "satisfied" that the whole process is "successfully completed".

The IOC also reserve the right to suspend the NOCK if there is no progress, although they have so far appeared reluctant to do this.

Miró concluded: "In view of all of the above, we hereby request that your NOC take immediate and appropriate steps to remedy this regrettable situation with all concerned parties and find a quick solution that will allow the meeting of the Elective General Assembly to resume, and the elections to be completed, as planned initially.

"As far as the specific situation of the Taekwondo Federation is concerned, we understand that, in addition to the above-mentioned legal action against your NOC and the Electoral Board, there is an internal dispute involving different 'groups' claiming to be the legitimate and legally established Taekwondo Federation in Kenya.

"In view of this, and as per the usual procedure in these circumstances, we are copying the WTF into this letter and kindly request that the WTF examine the situation as a whole and further investigate, clarify and confirm the real status of the Taekwondo Federation in Kenya and their office-bearers vis-à-vis the WTF."

Keino, President of NOCK since 1999, was ruled ineligible from standing after proving unable to find a National Federation to propose him.