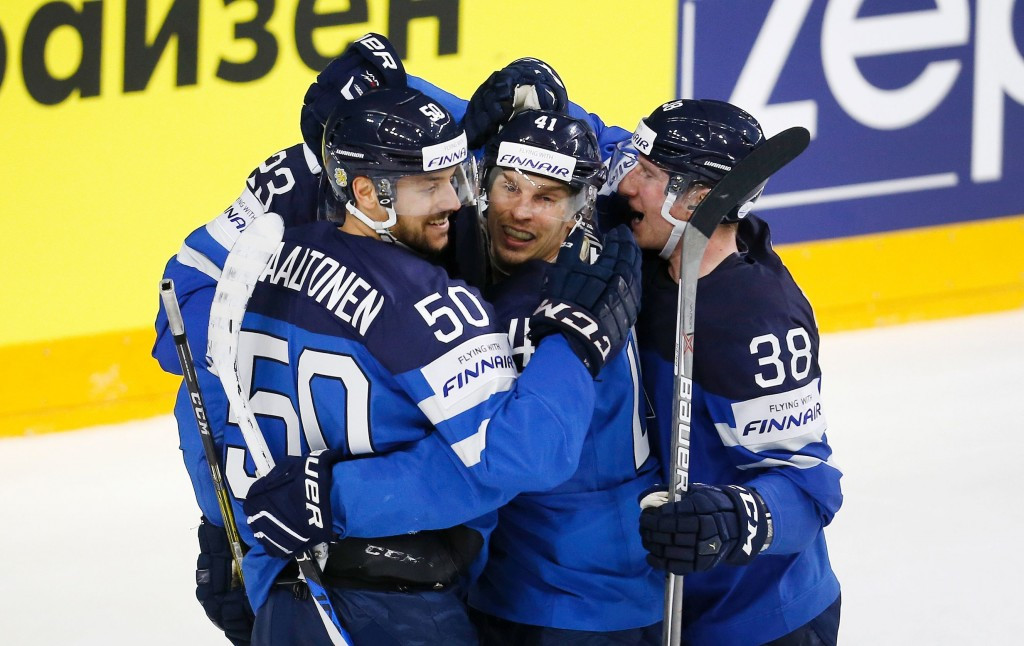 The European nation also beat the Americans 3-2 in the group stage of last year's tournament in Saint Petersburg en route to reaching the final where they were beaten by Russia.

Prior to the match, the US were aiming to secure a place in the semi-finals for the third consecutive World Championships but they fell short today.

The first period was particularly tight with neither side able to make their mark on the scoreboard at the Lanxess Arena in Cologne.

Joonas Kemppainen then doubled their lead after 46 minutes.

The US were unable to find a way back and Finland saw the game out to move into the last four.

"We didn't give up any goals so we feel we performed our game plan pretty well," said Finland's Juuso Heitanen.

"We didn't give them any easy chances and we scored an important goal on the power play.

"Our defence was pretty good all night."

Finland will now play Sweden in the semi-finals after they claimed a 3-1 victory of Switzerland at the AccorHotels Arena in Paris this evening.

Nicklas Backstrom opened the scoring for the Scandinavians after four minutes but the Swiss team were level just eight minutes later when Gaetan Haas scored.

With seven minutes remaining in the second period, Sweden edged in front once more when William Nylander slotted into the net.

Their place in the semi-finals was then assured when Alexander Edler scored three minutes into the third period.

The other last four encounter will see Russia take on Canada, the defending champions.

The Canadians managed to fight off a German comeback to silence the Cologne crowd.

Mark Scheifele opened the scoring for the North Americans in the 17th minute before Jeff Skinner doubled his country's lead with just two minutes remaining in the second period.

The home crowd had something to shout about when Yannic Seidenberg pulled one back with just seven minutes remaining.

Despite the backing from the home crowd the Germans failed in their bid to score an equaliser as the Canadians progressed.

Nikita Kucherov, Dmitri Orlov and Artemi Panarin were all on target.

Tomorrow will see a rest day in the tournament before semi-final action takes place on Saturday (May 20).