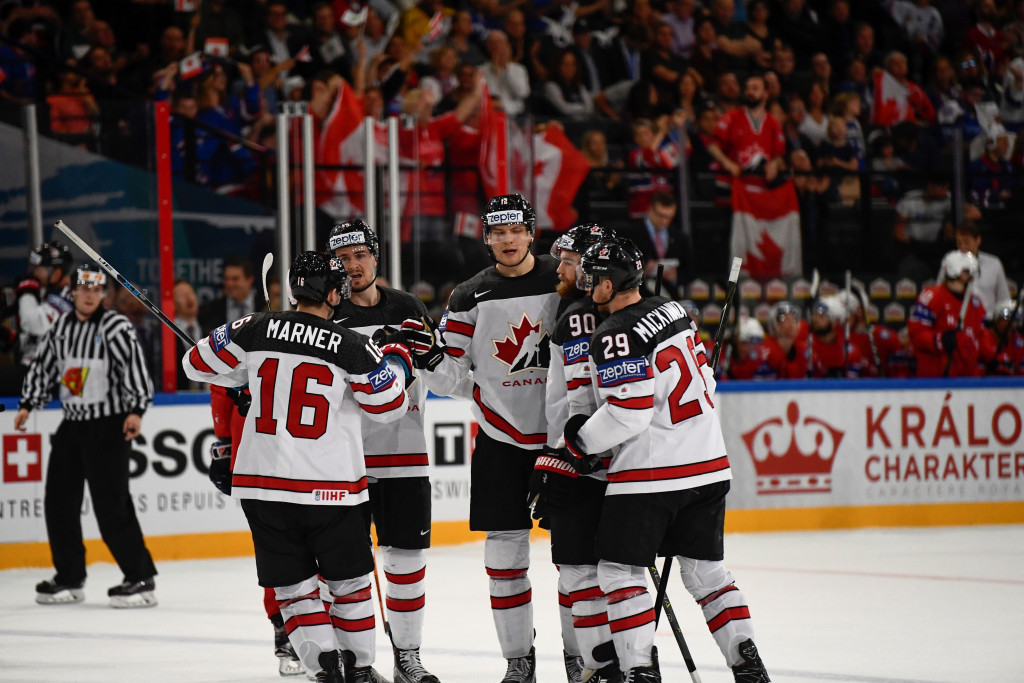 Defending champions Canada returned to winning ways at the International Ice Hockey Federation (IIHF) World Championships thanks to a comfortable 5-0 victory over Norway at the AccorHotels Arena in Paris today.

Two goals from Colton Parayko, both on a power play, helped the Canadians to the win as they bounced back from a 3-2 overtime defeat against Switzerland on Saturday (May 13).

Brayden Schenn, Mark Scheifele and Ryan O’Reilly also got their names on the scoresheet to ensure the holders moved back to the top of Group B.

"We just wanted to play a strong game for ourselves after the loss we had against Switzerland," Canada’s Wayne Simmonds said.

"I thought we did a solid job tonight.

"We got up 2-0 again tonight and just kept it going and got a few more."

Defeat for Norway rules them out of contention for a top-four finish and a place in the quarter-finals.

They are due to conclude their campaign tomorrow against Belarus, while Canada go up against Finland in a repeat of last year's final.

The other match pits second-placed Czech Republic against third-placed Switzerland.

There was also a win in Group B today for co-hosts France, who overcame Slovenia 4-1.

An Antoine Roussel brace either side of Yohann Auvitu's 32nd-minute goal gave France a 3-0 advantage.

Jan Mursak pulled one back for the Slovenians before Roussel sealed his hat-trick late on to wrap up the victory.

Both teams were already eliminated prior to the match with Slovenia suffering relegation to Division I-A after finishing last.

In Group A, Russia beat Latvia 5-0 at the Lanxess Arena in Cologne to make it six wins out of six and regain first place.

Today’s other game in Group A saw Denmark end their campaign with a 2-0 win over Italy, who have been relegated to Division I-A as the eighth-place finishers.

Nichlas Hardt and Peter Regin scored the goals for the Danes.

The winner of Group A will be decided tomorrow when Russia face second-placed United States.

Sweden meet Slovakia and co-hosts Germany go up against Latvia.