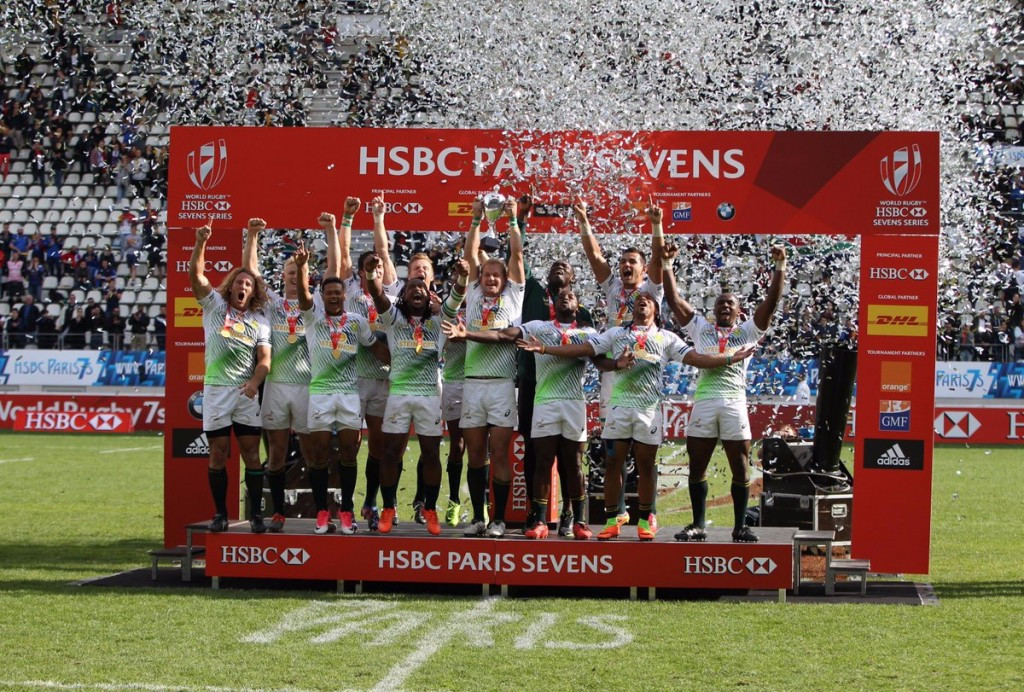 South Africa wrapped up the overall men's World Rugby Sevens Series title as they won the penultimate leg of the season in Paris.

The Blitzboks knew they could not be caught after they beat New Zealand in the semi-finals 26-5, with England losing 19-17 to Scotland at the same stage.

That meant England could not catch the South Africans with reigning champions Fiji seeing their challenge end after a 24-0 quarter-final exit to the Scots.

South Africa went on to wrap up the tournament by beating Scotland 15-5 at the Stade Jean-Bouin in the French capital.

It was their fifth tournament victory of the campaign after wins in Dubai, Sydney, Wellington and Las Vegas.

South Africa, top overall with 179 points, have appeared in eight out of the nine finals played so far this season with just one event left in London.

"It's been an incredible season so far," said coach Neil Powell.

"We wanted to finish strong in this tournament and in London next week.

"This is for all the people in the system, not just the players, but the management back at home as well for really working hard to make it happen."

Powell said: "Every time we put our jerseys on our backs we play for South Africa, for our family and our people back home that support us.

"It's special for us.

"We want to say thanks to them for supporting us all year."

South Africa lost 19-12 to the Scots in the pool stage yesterday but were able to turn the tables in the showpiece game.

They earlier saw off Samoa in the quarter-finals, 12-0, before the win over New Zealand.

In other quarter-final matches, England beat the United States 26-12 and the New Zealanders beat France 14-0.

The season is due to conclude at Twickenham Stadium in London on May 20 and 21.