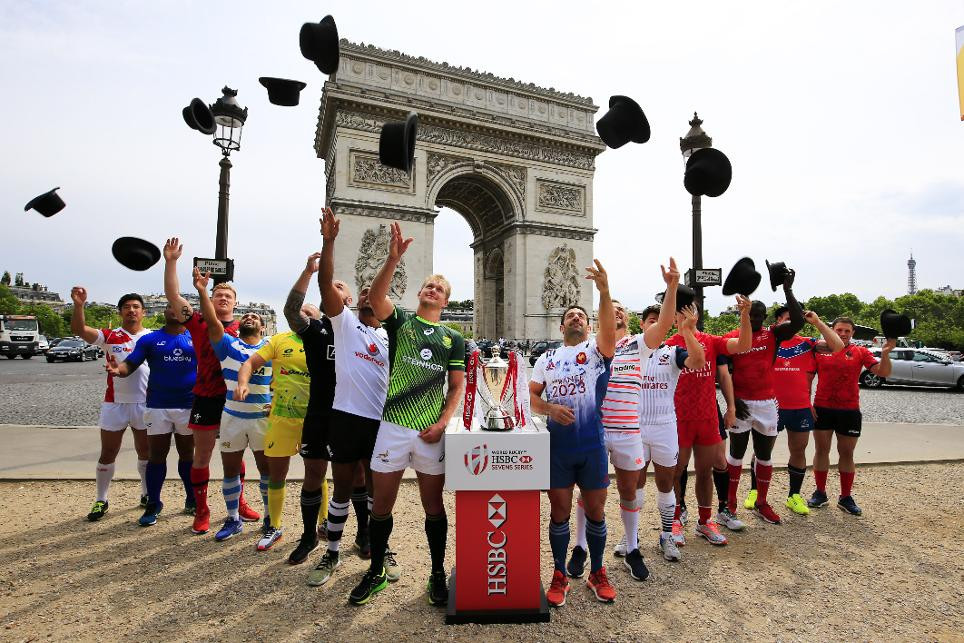 Action at the Stade Jean Bouin is due to begin tomorrow and conclude on Sunday (May 14).

The Blitzboks lead the standings on 157 points, 25 ahead of Fiji in second with England a further two points behind in third.

They failed to reach the final for the first time this season in Singapore last month, but should they reach the final or win the event in Paris, then they would secure a second series crown and first since 2009.

However, captain Philip Snyman insists his side are taking nothing for granted and are focused only on improving from the last round.

"We're really looking forward to the sevens in Paris this upcoming weekend," he said.

"We had a nice break in Stellenbosch since Singapoore and we worked hard.

"We want to fix some mistakes this weekend.

"The guys who are joining for Paris are looking really sharp.

"We have guys like Rosko Specman coming back in and the team is in good spirits."

South Africa have been drawn in Pool A with Canada, who won their maiden series title in Singapore last time out, Scotland and Japan.

Pool B will see the United States, New Zealand, Wales and Argentina compete.

Hosts France have been drawn in Pool C with England, Kenya and Spain.

Australia, Fiji, Samoa and Russia are due to play each other in Pool D.

The series title is not the only area of concentration this weekend as four teams will be looking to confirm their places at the 2018 Rugby Sevens World Cup Sevens in San Francisco in the US.

The four best ranked teams outside of those nine qualifiers will join them with Canada, Argentina and Scotland able to confirm their qualification this weekend.

The final spot appears to be between defending Paris champions Samoa and Russia, with the Pacific islanders nine points ahead of their rivals.

London will stage the concluding competition from May 20 to 21.