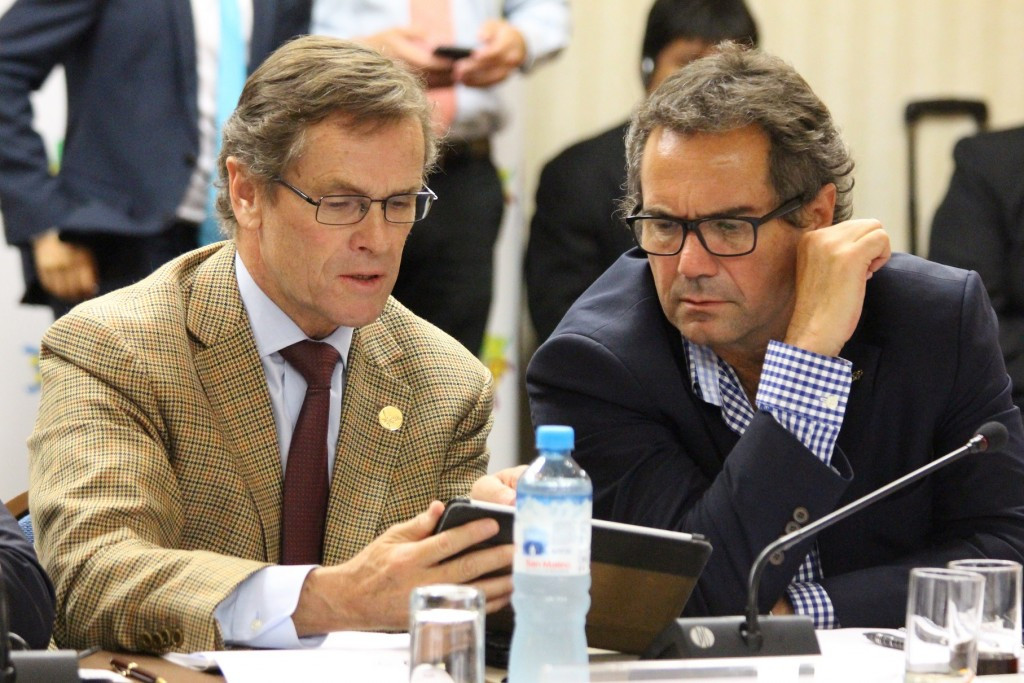 Newly-elected Pan American Sports Organization (PASO) President Neven Ilic has said he is "convinced" that Lima 2019 will be a memorable Pan American Games, but has stressed that the most must be made of the time remaining before they start.

The 55-year-old, who was appointed to his role last month, was speaking following the completion of three days of planning meetings between the PASO Executive Committee and Lima 2019 Organising Committee.

During the visit, Ilic and the Executive Committee met with key members of the Organising Committee, including its President, Carlos Neuhaus, and toured event sites and venues.

The working groups in Lima follow Ilic’s visit to the capital last week, when he met with Peruvian President Pedro Pablo Kuczynski and was reassured of Peru’s commitment to successfully delivering the Pan American Games in 2019.

Serious concerns have been raised regarding the event in two years' time, including over the construction progress at the Athletes' Village and other key venues.

Poor leadership from organisers and a lack of individuals clearly responsible for key areas, including marketing and technology, has also been highlighted.

The low number of sports proposed to be broadcast is another concern, along with an apparent breakdown in relations between the Peruvian Olympic Committee (COP) and the Government.

Speaking on the back of his second visit, Ilic said: "It was a pleasure to return to Lima following my meetings with President Kuczynski and President Neuhaus last week.

"Both have demonstrated their full commitment to delivering a successful event and I am convinced that Lima 2019 will be a memorable Pan American Games - but we must make the most of all the time we have left.

"That is why, I immediately returned with my PASO Executive Committee so we could meet with Mr Neuhaus and his team to get an update on the progress being made and strengthen our plan of action for the coming months.

"Our aim is to improve the coordination between both organisations so that PASO can take a more active role in the delivery of the Games."

Neuhaus added: "We were delighted to welcome back President Ilic and his team so soon after his initial visit and we have completed three days of very fruitful meetings.

"The knowledge and experience that Mr Ilic and his team possess on the Pan American Games is second to none and it was invaluable to be able to update them on our progress and in return receive their feedback and advice.

"There is a real sense of energy and urgency from both sides as we begin to accelerate our Pan American Games preparations."

Ilic said preparations for Lima 2019 was his number one priority following his election as the head of PASO, where he defeated Brazil's Carlos Nuzman and the Dominican Republic's José Joaquín Puello.

In March, calls were made to cancel the Games as flooding rocked Peru.

Critics said the money required would be better spent on the relief effort, but Kuczynski said it would be a "tragedy" should they be removed from the country.

Last month, the United Kingdom became the main delivery partner of the Games after an agreement was signed by the British and Peruvian Governments.

The deal, due to continue until the end of the multi-sport event, will see a team of experts from the UK work closely with the Organising Committee to ensure the successful staging of the competition.

The agreement, signed by International Trade Minister Greg Hands, has been described as "fundamental to our progress in successfully organising and delivering the Lima 2019 Games" by Neuhaus.

UK companies are among those looking to secure contracts in areas such as event management, security and construction under the deal, signed as part of the Peruvian Government's special project for the planning and development of Lima 2019 and the UK’s Department for International Trade.