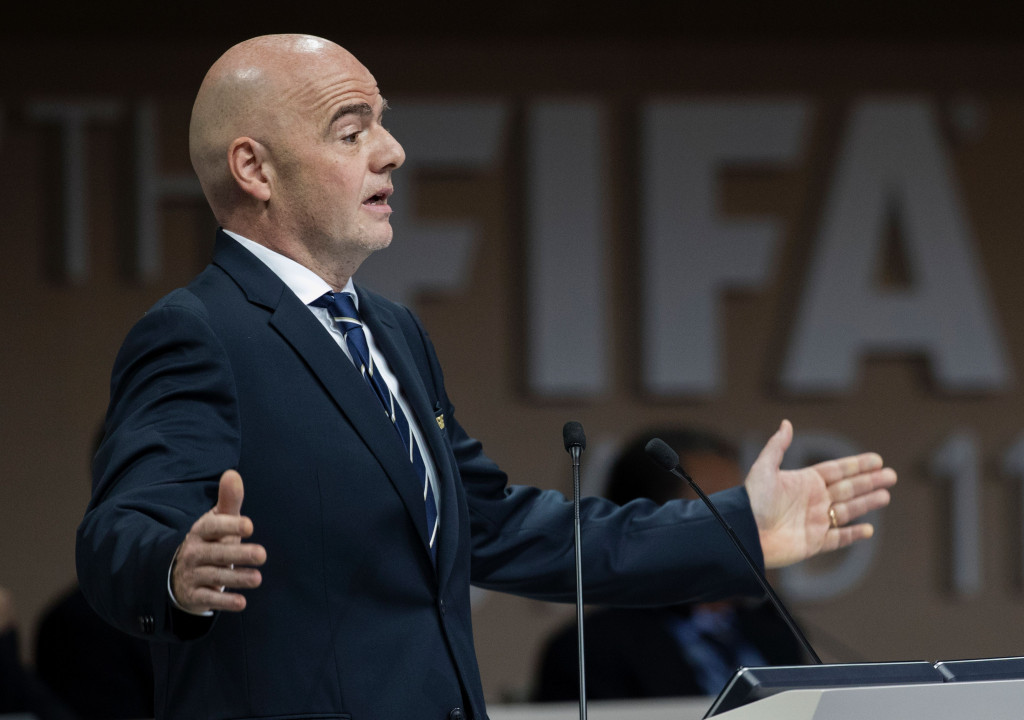 In an impassioned speech to the FIFA membership, Infantino also claimed "FIFA bashing had become a national sport in some countries" and reiterated his insistence that the scandal-hit organisation had reformed following its troubled past.

"Sadly the truth is not exactly what is true, it is what people believe to be true," he said.

"There is a lot of fake news and alternative facts about FIFA circulating.

"FIFA bashing has become a national sport, especially in some countries.

"But FIFA has changed now, we are a new FIFA here and we have new people.

"We act with facts and not with words."

Infantino, elected to replace the disgraced Sepp Blatter in February of last year, also hit out at criticsm from governance experts following the controversial decision to not renew the mandates of ethics chiefs Hans-Joachim Eckert and Cornel Borbély.

Eckert led the Adjudicatory Chamber of the Ethics Committee, while Borbély was head of the Investigatory Chamber.

Colombia's Maria Claudia Rojas is set to take over from the Swiss, while German judge Eckert will be replaced by Vassilios Skouris of Greece.

The two ousted officials claimed the fact that they were not reappointed meant the end of FIFA's ongoing reform process.

"In the past many highly-paid experts, paid millions, have been hired by FIFA to help reform FIFA," Infantino said.

"They simply rubber-stamped a sick and corrupt system.

"Where were all these self-proclaimed gurus and experts?

"They all miserably failed.

"I will, we will, not accept good governance lessons from any individuals who miserably failed to protect football."

Infantino also delivered a stern warning to the Congress following the widespread corruption scandal, which has seen swathes of officials and entities indicted on criminal charges.

"We are rebuilding FIFA's reputation after all that happened," added the FIFA President.

"We took over the organisation at its deepest point.

"The new FIFA is a democracy, it is not a dictatorship.

"If there is anyone who is in the room who thinks he can abuse football and enrich himself - I have one message.