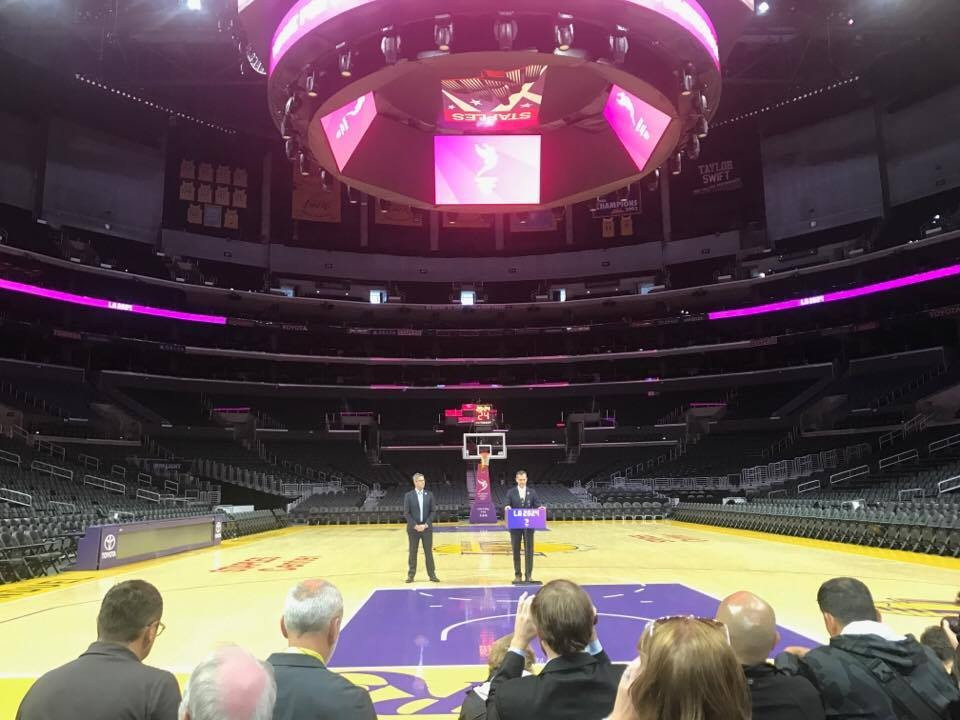 Los Angeles Mayor Eric Garcetti would be happy for meetings between the city's Olympic and Paralympic bid and the International Olympic Committee (IOC) to be fully open to the public and media in order to increase transparency.

He also would have welcomed greater opportunities to travel internationally and formally showcase the bid he revealed at the end of the opening day of an inspection visit by the IOC Evaluation Commission here.

Only introductory marks in the opening session were held in front of the media, with all other meetings taking place behind closed doors.

"I'll let the IOC open with that but I wouldn't have had a problem with that personally," Garcetti said when asked why the whole meeting was not fully public.

"In fact, in 1984, the OCOG (Organising Committee) actually did every Board meeting as a public meeting, open to the press and public, we talked about that today."

Reforms introduced by the IOC ostensibly to cut the costs of bidding have reduced the number of travelling opportunities and barred bids from attending meetings such as those of continental organisations.

"The second aspect is less about transparency and more about having people see your city, and vice versa for us to go and have more than 90 people in an audience, or speak just in a bar or in a lobby," Garcetti said.

"Absolutely, if the rules were loosened up we  would have engaged very vigorously.

"As difficult as it is from Los Angeles - we’re not as poised to get to Africa, Middle East and Europe as quickly as other bidders.

"But I would have welcomed that opportunity

"It has been a little bit like dating in a straitjacket.

"It’s a little difficult to wrap your arms around each other, but we’re trying to do as much Houdini as we can."

It followed a story earlier on insidethegames highlighting the fact they did not plan to take any questions.

But they have defended their decision to keep meetings private.

"We prefer to have private discussions during the working visit to encourage candid discussions.

"This approach also helps ensure the fairness of the process by avoiding the possibility that candid discussions with one city would give a competitive advantage to another city."

Issues on the agenda today included safety and security, with updates provided by representatives from Homeland Security and the Los Angeles Police Department.

Transportation, accommodation, governance matters and finance "n quite some detail" were also discussed.

"There were no surprises.

"Clearly the Mayor and team want to leave a great legacy for the city."

Relations between Los Angeles and the administration of United States President Donald Trump were not discussed, they said afterwards, nor was the recent launching of new opposition group "NOlympicsLA" against the bid.

Garcetti did slightly distance himself from suggestions that Los Angeles is required to restore "credibility" to the Olympic Movement following bidding apathy and other recent problems.

He still argued, however, that the Californian city was best suited to Olympic needs.

"The Games is still probably the most powerful brand in the world," Garcetti said.

"Does it have challenges?

"Of course it has challenges, we all do.

"But it’s the moment of challenge which we think  presents the biggest opportunity.

"If it goes unanswered it could become a bigger and bigger problem in global opinions.

"So we see Los Angeles as well poised to help enter that next couple of years, but by emphasising that this isn’t about a crisis now but about an opportunity tomorrow."

Los Angeles is bidding against Paris.

The French capital is due to be inspected by the IOC Evaluation Commission from next Sunday (May 14) until Tuesday (May 16).

The IOC is due to choose a host city at its Session in Lima on September 13.

The Los Angeles 2024 inspection will continue tomorrow with a day of site visits.