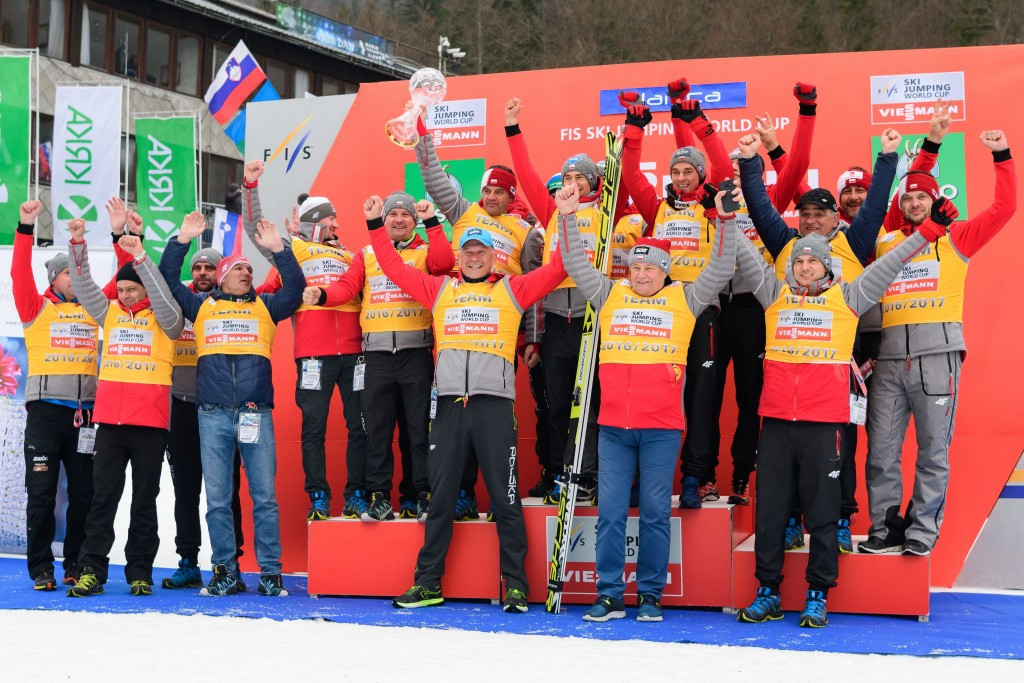 Nations Cup champions Poland have named their ski jumping squad for the 2017-18 season.

Named in their squad is Kamil Stoch, who came second behind Austria's Stefan Kraft in the individual rankings during 2016-17.

Twenty-nine-year-old Stoch, who won the normal hill and large hill Olympic titles at Sochi 2014, did win the prestigious Four Hills tournament during the season.

The selection of Mietus may be seen as a surprise as the 26-year-old did not take part at World Cup level last season and his best performance at the lower Continental Cup competition was a 33rd place finish in Vikersund in Norway.

Austrian head coach Stefan Horngacher will prepare the squad for a season which includes the Pyeongchang 2018 Winter Olympic Games in February.

Poland's women's programme will be split into two training groups, with one consisting of Kinga Rajda and Anna Twardosz.