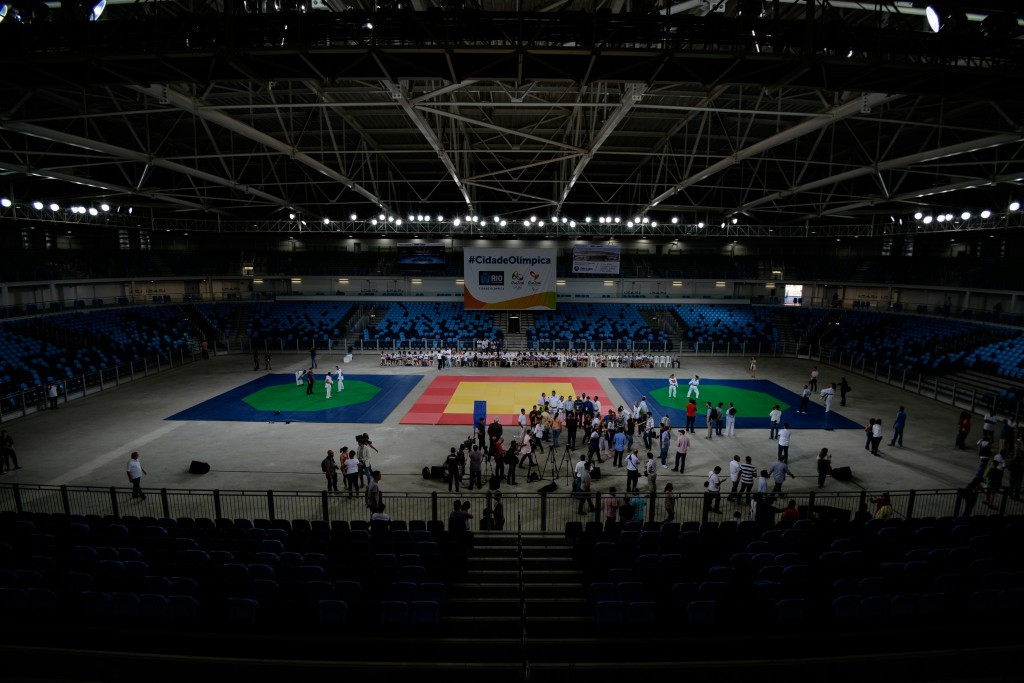 Rio City Hall have officially opened Carioca Arena 3, one of the venues for last year’s Olympic Games, to the Brazilian public.

The venue staged taekwondo and fencing competitions at the Rio 2016 Olympics, before staging judo and wheelchair fencing at the Paralympic Games.

The official reopening of the venue was attended by Patrícia Amorim, under-secretary of sports and leisure at Rio City Hall.

School students were also present at the event, with the venue now set to be available for the public to use for sport.

Badminton, table tennis and trampolining are set to be among the sports which will be housed in the venue.

“We received this installation in March, completely empty, raw and, even without resources, in less than two months, we were able to make use of it,” Amorim told R7.com.

“It was very important for the city of Rio to take that first step of reopening Arena 3 and transform it into a legacy for the city.

“We are turning it into a place for sports, physical activity, where all people can know and enjoy.”

The Olympic Aquatics Stadium and Velodrome are also located in the park.

The Deodoro Olympic Park, which was due to be used as a park and recreation area following the Rio 2016 Games, was closed in January amid a struggle to find a use for it.

Deodoro was the second largest concentration of competition venues during Rio 2016.

A contract with a company operating the park, which includes a public swimming area among its main attractions, is said to have been terminated at the end of 2016.

It was claimed a tender process would take place to find a new operator to run the park.