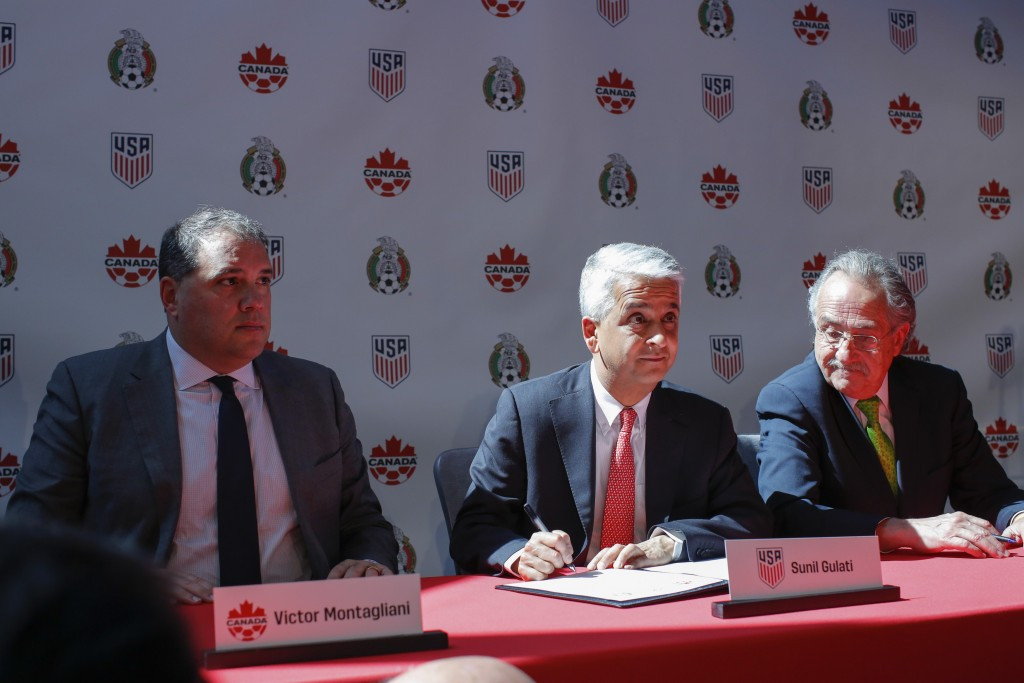 FIFA's Council has decided to leave the bidding window for the 2026 World Cup open for a further three months to allow other interested countries to enter the race.

The North American bid from the United States, Canada and Mexico had hoped the ruling Council would agree to fast-track their effort at a meeting today.

But world football's governing body has rejected their proposal for the time being, handing other nations the chance to submit a bid.

The process will still be expedited, however, with countries given until August 11 to put themselves forward.

As part of current World Cup rotation rules, UEFA and the Asian Football Confederation (AFC) will not be able to bid as Russia and Qatar are hosting the 2018 and 2022 editions respectively.

But UEFA and the AFC would be invited to bid if any of the candidates for 2026 are turned down at next year's Congress, where the 2018 host is set to be confirmed.

The joint North American attempt remains the overwhelming favourite to be awarded the 2026 tournament.

The relatively short time-frame FIFA has given the eligible confederations is likely to scare off countries from bidding.

Morocco are the only other mooted potential bidder for 2026 but may reconsider in the face of competition from North America.

The Congress will rubber-stamp the decision of the Council here on Thursday (May 11).

As part of the joint bid, the US would stage 60 matches - including every game from the quarter-finals onwards - while Canada and Mexico would each host 10.

FIFA usually decides World Cup host cities six years before the event, meaning a vote on 2026 would not ordinarily be staged until 2020.

The 2026 tournament will be the largest-ever edition of the World Cup after the FIFA Council agreed to expand the competition by 16 teams under plans spearheaded by President Gianni Infantino.

The Council today ratified the allocation of places at the 2026 competition made by the Bureau in March.

UEFA will have 16 European spots - a third of the number of countries at the tournament - while other Confederations have also been granted increases in their previous allocations.

The OFC will receive an automatic slot, with the winners of their qualification event currently having to play-off against a side from another region in order to secure a World Cup place.

The AFC were given eight dircect berths, one less than they were originally anticipating, with the Confederation of African Football given nine, also a place lower than they had hoped for.

The CONCACAF and the South American Football Confederation ere each given six direct places.

The final two slots will be filled at a new six-team play-off tournament, which will feature one nation from each of the Confederations, except UEFA, and one additional country from the host region.

The mini-tournament is set to be held in November 2025 and will be used as a test event for the World Cup.

FIFA has confirmed the two highest-ranked nations in the qualification competition would be seeded and would go up against the winners of the first two knock-out games involving the four unseeded teams.