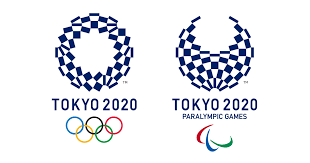 The Host City Contract for the Tokyo 2020 Olympic and Paralympic Games has been made public today.

The Contract was first signed between the International Olympic Committee (IOC), the Tokyo Metropolitan Government and the Japanese Olympic Committee (JOC), following Tokyo's selection as the host city of the Games on September 7, 2013.

"In line with the Olympic Agenda 2020 framework, which reflects the positive evolution of providing Organising Committees of the Olympic Games and host cities more flexibility, all of the Host City Contract 2020 signatories worked to incorporate, to their benefit, the updated operational requirements that were published by the IOC in 2015," a Tokyo 2020 statement reads.

"With this agreement now finalised to the benefit of all stakeholders, the organisations are publishing the Host City Contract, reinforcing their commitment to transparency."

The Host City Contract is made up of 12 sections such as basic principles, principles of planning, organising and staging, and organisation of accommodation.

Intellectual property-related matters, financial and commercial obligations and media coverage of the Games are also areas of focus.

As for financial and commercial obligations, it is stated that any surplus resulting from the celebration of the Games will be divided three ways between the JOC, the Organising Committee and the IOC.

The surplus resulting from the celebration of the Games is due to be calculated based upon the planning, organising and staging of the Olympic and Paralympic Games combined.

Jacques Rogge signed the Tokyo 2020 Host City Contract in one of his final acts as IOC President.

The Organising Committee has since had to overcome hurdles in its preparations, including controversy surrounding their logo in 2015.

Nearly 15,000 entries were received in an open contest to pick the new emblem, with the Commission chaired by Japan's Commissioner for Cultural Affairs Ryohei Miyata.

The eventual winner, designed by Asao Tokolo, a graduate of Tokyo Zokei University with a degree in architecture, received a mixed response when it was unveiled in April 2016.

More recently, issues have surfaced surrounding the five new venues being constructed for the Olympic Games with the Tokyo Metropolitan Government reportedly estimating last month they will incur an annual loss of around ¥1.1 billion (£7.5 million/$9.7 million/€8.9 million).

It is claimed by The Japan Times that the Metropolitan Government are expecting the Olympic Aquatics Centre, Sea Forest Waterway and the Olympic canoe slalom course to make a loss.

The Seaside Park Hockey Stadium and Dream Island Archery field have also been claimed to be venues which could operate at a loss after the Games.

In February, the IOC announced that the incorporation of human rights principles is among the changes it is making to its Host City Contract.

The revised Host City Contract, developed with recommendations from a coalition of leading rights, transparency and athletes' organisations, will first apply to the 2024 Olympic Games.

Paris and Los Angeles are the only two candidates left in the race, with the IOC due to elect the winner during its Session in Peru’s capital Lima in September.

For the first time, the IOC has made specific reference to the United Nations Guiding Principles on Business and Human Rights (UNGP), a set of guidelines for states and companies to prevent, address and remedy human rights abuses committed in business operations.

In September 2015, not specifically mentioning human rights in its Host City Contract for the 2024 Games was described as an "astonishing omission" on the IOC's part and one that did not live up to the expectations created by the Agenda 2020 reform process.

The Tokyo 2020 Host City Contract can be accessed by clicking here.