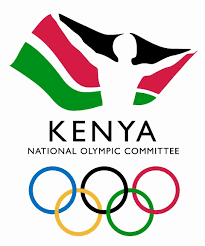 A High Court order forcing elections at the National Olympic Committee of Kenya (NOCK) to be postponed has been extended until next month.

The case is now due to be heard on June 21, when all the parties in the dispute will be heard.

NOCK chairman Kip Keino called off an Extraordinary General Assembly at the Panairi Hotel in Nairobi just minutes before it was due to start on Friday (May 5) after he was served with a writ.

The Daily Nation reports, however, that the KTA's case faces a major legal hurdle after the sports registrar at the Ministry of Sports, Culture and the Arts filed court papers stating it is not a legally registered association, does not have a certificate of registration and is therefore operating illegally.

"A body is not a sports organisation unless transited under section 50 of the Sports Act No. 25 or issued with a certificate from our office," sports registrar Rose Wasike said in her court papers.

The decision to bar both the KTA and the Kenyan Cycling Federation (KCF), also suspended because of a row over who is leading it, was taken by the Centre for Multiparty Democracy-Kenya (CMD), an independent organisation brought in by NOCK to oversee the election.

It meant that Stephen Kiptanui arap Soi and James Chacha were unable to be nominated for the roles of the deputy secretary general and deputy treasurer respectively.

Soi and Chacha are among four Kenyan officials facing charges of theft and embezzlement following the disappearance of cash and equipment meant to help Kenya's athletes prepare for last year's Olympic Games in Rio de Janeiro.

The CMD acted following a complaint from the Kenya Rowing and Canoe Association that the KTA and KCF should be not eligible to take part in the elections because they each had two different groups claiming to represent them.

The KTA argues that the decision by the CMD is an infringement on its constitutional right.

According to the Daily Nation, the CMD has urged the High Court to dismiss the case, claiming that the KTA does not have the legal capacity to file it.

NOCK has been facing the threat of suspension from the International Olympic Committee (IOC) since Rio 2016.

All 29 delegates, including the KTF and KCF, had voted unanimously for the resolution.

Paul Tergat was the only candidate to replace Keino as NOCK chairman at the postponed elections.