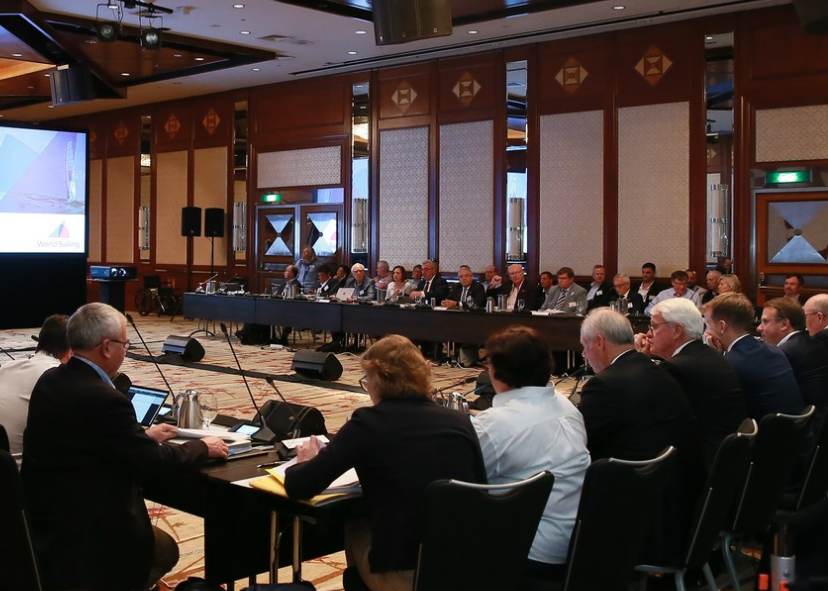 World Sailing has made enhancing the sport's standing in the Olympic Games one of its three long-term priorities following its Council's 2017 mid-year meeting in Singapore.

The international governing body hopes to achieve the target by increasing participation and growing the global audience.

The two other areas proposed for World Sailing to prioritise are establishing a more efficient, trustworthy and attractive organisation by increasing the level of transparency and accountability in its governance, and growing the sport globally by offering more opportunities for participation and creating a compelling offering for youth.

The meeting of the Council brought together the President, vice-presidents, Officers of Honour and 28 appointed members, as well as representatives of the Offshore Committee, Classes Committee, Athletes' Commission and a women's representative.

Two days of meetings allowed members to discuss, debate and make key decisions that will shape the sport moving forward.

An extensive survey of World Sailing's Member National Authorities (MNA) was conducted in advance of the mid-year meeting, providing insight into what the long-term priority areas should focus on.

"We have now a survey that the regions and MNA groups can use as a compass that shows us where they want to develop and where World Sailing is heading," World Sailing President Kim Andersen said.

"We will start working to define the priorities and direction set out by the survey.

"I believe in building an organisation which is truly transparent both in decision-making and dialogue.

"But to do this we need a synchronised operating structure.

"We each play an important part in its operations, and we must ensure that it operates smoothly.

"This means ensuring that we take the time to ensure that our regulations and processes are working and the dedicated people managing World Sailing are working with us."

The Dane added: "This is the goal, this is the way we are trying to organise and operate.

"We need synchronisation on all levels if we are to grow our sport and ensure that we continue to have success in the future."

Three submissions were received prior to the 2017 mid-year meeting, each of which were approved by the World Sailing Council.

Furthermore, if a member of the Commission resigns, the replacement member will be elected from the previous Olympic sailing competition.

If a resignation occurs in the 12 months before an Olympic Games then the replacement member will be elected from the participating sailors.

Amendments to the terms of reference for the Para World Sailing Committee were also approved.

They will now mirror those of the Events Committee and will strengthen their voice within the World Sailing governance structure in line with International Paralympic Committee best practice.

A Committee chair and vice-chair meeting will conclude the mid-year meeting tomorrow.

The World Sailing Council is next due to meet at the end of the 2017 Annual Conference set to be held in Mexican city Puerto Vallarta from November 3 to 11.

Last month, Andersen told insidethegames he hopes World Sailing can secure a spot on the International Olympic Committee (IOC) during his tenure as he bids to improve the global standing of the sport.

The 59-year-old, who unseated incumbent Italian Carlo Croce during the Presidential election last November, admitted they would "like to have a seat in the IOC to develop our sport".

Croce was never a member of the IOC, but the three previous presidents - Canada’s Paul Henderson, Sweden’s Göran Petersson and Finland's Peter Tallberg - were.