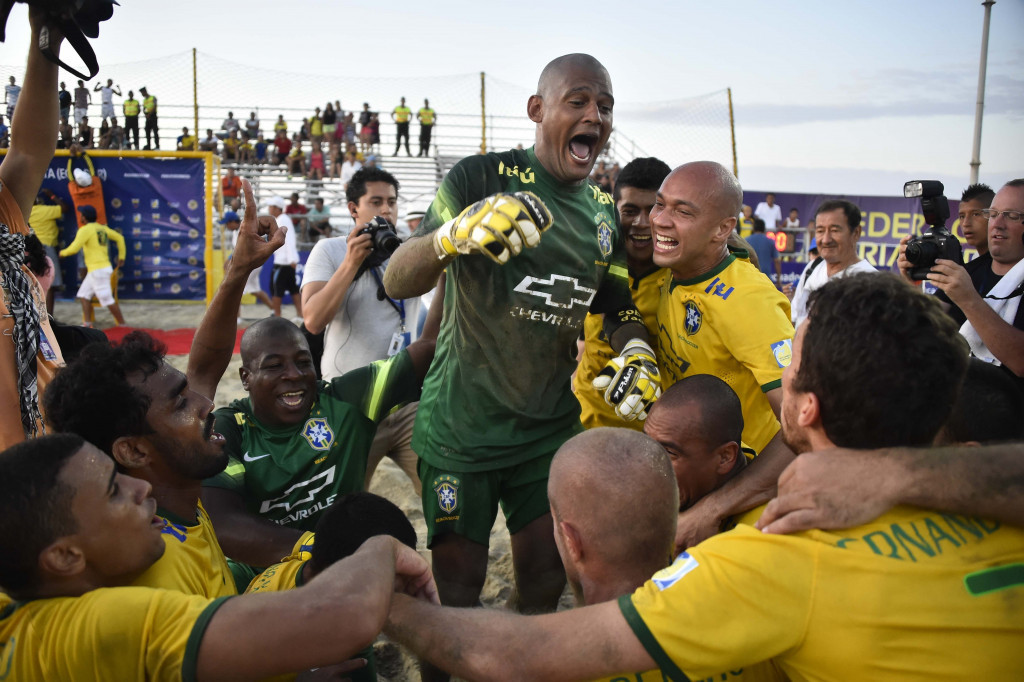 Brazil secured a fifth FIFA Beach Soccer World Cup title by earning a dominant victory over Tahiti in the final in The Bahamas' capital Nassau.

Success looked on the cards for the Brazilian team in the early stages of the contest at the National Beach Soccer Arena, with Mauricinho and Datinha scoring in the opening six minutes to put them 2-0 up.

Their lead was increased in the 18th minute as Mauricinho found the net for the second time.

It left Tahiti facing the prospect of losing a second consecutive Beach Soccer World Cup final, having lost in 2015 to Portugal.

They were unable to fight their way back into the contest, as a strike from Catarino and a Daniel brace sealed a 6-0 triumph for Brazil.

It ended an eight-year wait for Brazil for their fifth title, with their most recent success coming back in 2009.

"We are more than a group of players, of men, we are a team that gave life to the idea of winning this title to honour the name of our country," said Bruno Xavier, Brazil's captain.

"We are Brazil, we are five-time champions of the world, I am very happy that we can take that conquest back to our country."

The bronze medal match proved to be a more competitive encounter, with Italy and Iran seeking to end their tournament on a high.

Iran would emerge as the victors, defeating their opponents 5-3 in an entertaining match.