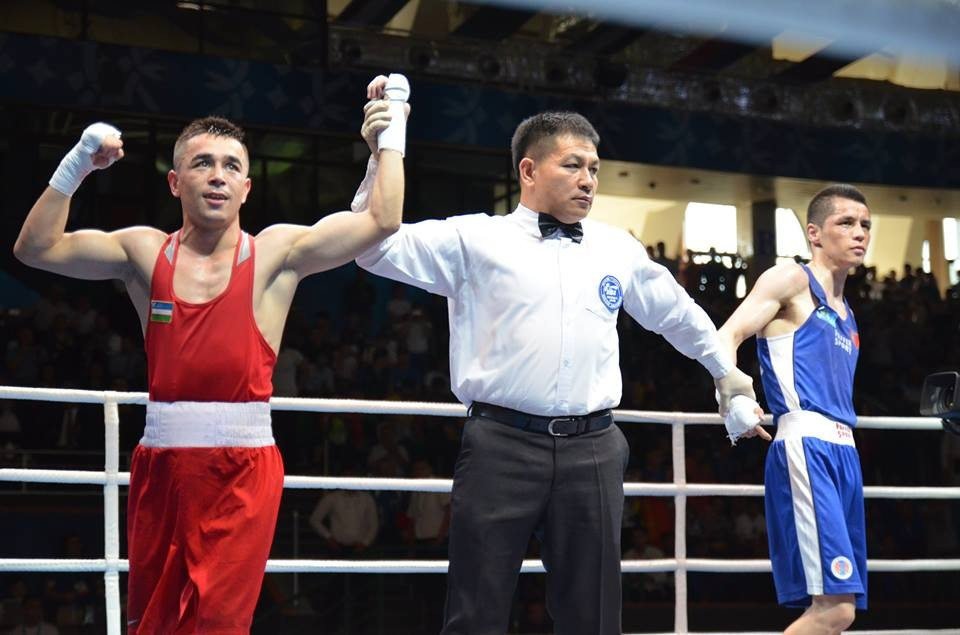 Olympic gold medallist Hasanboy Dusmatov starred for the host nation as he clinched the light flyweight title at the Asian Boxing Confederation (ASBC) Championships in Tashkent.

The home team enjoyed a dominant final day of the competition at the Uzbekistan Sports Complex as they won all five gold medals on offer.

Dusmatov came into the event as the favourite and he delivered, topping the podium with a unanimous victory over Gankhuyagiin Gan-Erdene of Mongolia.

The triumph for the 23-year-old, one of the star attractions at the Championships in the Uzbek capital, sparked a golden display from his team-mates.

Jasurbek Latipov, a two-time World Championships medallist, added to the success for the hosts as he beat Kim Inkyu of South Korea to seal the flyweight crown.

The Universiade bronze medallist proved far too strong for his opponent as he was awarded the contest on all five judges' scorecards.

Ikboljon Kholdarov, a World Youth Championships bronze medallist, then won Uzbekistan's third gold medal on the last day of action when he swept aside Mongolia's Chinzorig Baatarsukh in the final of the light welterweight category.

Rio 2016 silver medallist Shakhram Giyasov continued the remarkable display from the Uzbek boxers as he got his hands on Asian Championships gold in the welterweight final.

Giyasov also breezed to a unanimous win, dispatching Kazakhstan's Ablaikhan Zhusspov 5-0 as each judge awarded him the contest with a score of 30-27 in his favour in each round.

Bakhodir Jalolov, who won a bronze medal at the 2015 World Championships, then completed the impressive clean sweep from Uzbekistan as he overcame Kamshybek Kunkabayev of Kazakhstan to take the super heavyweight title.

The hosts finished comfortably at the summit of the overall medal table, winning nine of the 10 gold medals available at the event.

Kazakhstan were second thanks to Vassiliy Levit's heavyweight victory yesterday.