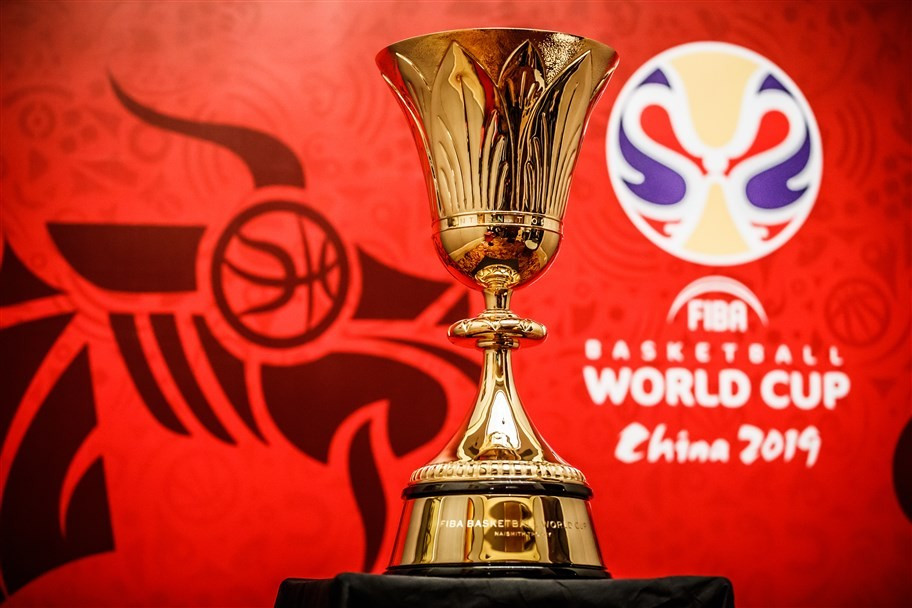 A newly-designed International Basketball Federation (FIBA) World Cup trophy was unveiled as the draw for the qualification process for China 2019 was made today.

For the first time in its history, one of basketball's most prized assets is made almost entirely out of gold and features a roll of honour listing all previous world champions.

Designed by Radiant, a London-based branding and design agency specialising in entertainment and sports, and handcrafted by British silversmith Thomas Lyte, it also features a golden hoop in which "Federation Internationale de Basketball Amateur", FIBA's original name, is written.

The draw for the qualifying phase of the tournament was made at Canton Tower in Guangzhou today.

A total of 80 teams will compete for 31 places at the tournament alongside hosts China, with matches taking place during six qualifying windows.

China will stage the tournament for the first time in their history.

The United States, winners of the last two World Cups, have been drawn in Pool C of the Americas qualifying competition.

They are due to play Puerto Rico, Cuba and Mexico.

Serbia, silver medallists at the 2014 edition, will play Germany, Georgia and a yet to be determined qualifier in Pool G of the European section.

France, the bronze medallists three years ago, have been drawn alongside Belgium, Russia and another team that is still to be confirmed.

Television coverage for all qualifying matches will be covered by FIBA, along with the cost of insurance for players.