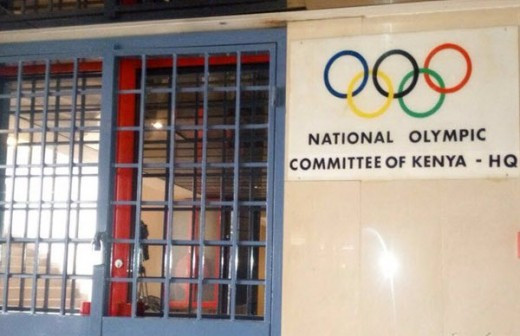 Taekwondo officials have been criticised after they obtained a High Court order forcing elections at the National Olympic Committee of Kenya (NOCK) to be postponed yesterday.

NOCK chairman Kip Keino called off the Extraordinary General Assembly at the Panairi Hotel in Nairobi just minutes before it was due to start after he was served with the writ.

The delay means that Paul Tergat must wait to be officially appointed as the new chairman of NOCK.

The double Olympic silver medallist is the only candidate after Keino, who had led NOCK since 1999, failed to get anyone to nominate him.

"This was the court's decision and we have to respect it," Tergat told Kenyan newspaper The Standard.

"However, my biggest concern is that we had a lot of plans which we now cannot implement due to the delay."

The NOCK are due to attend an appeal at the High Court in the Kenyan capital on Monday (May 8).

They will decide when the election can be held.

Football Kenya Federation President Nick Mwendwa warned that the injunction will only temporarily delay the election of a new executive at NOCK.

The decision to ban the KTA meant they were unable to nominate  Stephen Kiptanui arap Soi and James Chacha for the roles of the deputy secretary general and deputy treasurer respectively.

Soi and Chacha are among four Kenyan officials facing charges of theft and embezzlement following the disappearance of cash and equipment meant to help Kenya's athletes prepare for last year's Olympic Games in Rio de Janeiro.

"Elections bring to the table circumstances that were unforeseen but eventually the will of the people will be heard," Mwendwa told Capital FM Sports.

"So for me this is just a phase in the change that we are bringing to NOCK.

"People will go to court, they will get orders so for me it’s normal.

"We just need to be patient for that to end and we deal with the elections.

"They have gone to court but there will be an election whether it's today or in a month's time.

"In what we do trying to bring change, there is always resistance but they normally don’t make it."

George Wesonga, a member of one of the groups trying to take control of the KTA, defended their decision to obtain the High Court order.

"We took part in the constitution-making process and cannot be barred from the polls on flimsy grounds," he told The Standard.

Shadrack Maluki, chair of the Kenyan Judo Association and one of the candidates for the position of NOCK First Deputy President, warned they could face serious repercussions as a result of the postponement.

"This delay is likely to put us in trouble with the International Olympic Committee (IOC) who were waiting for us to conclude the elections today," he told The Standard.

The IOC told insidethegames yesterday that they "are monitoring the situation very closely".