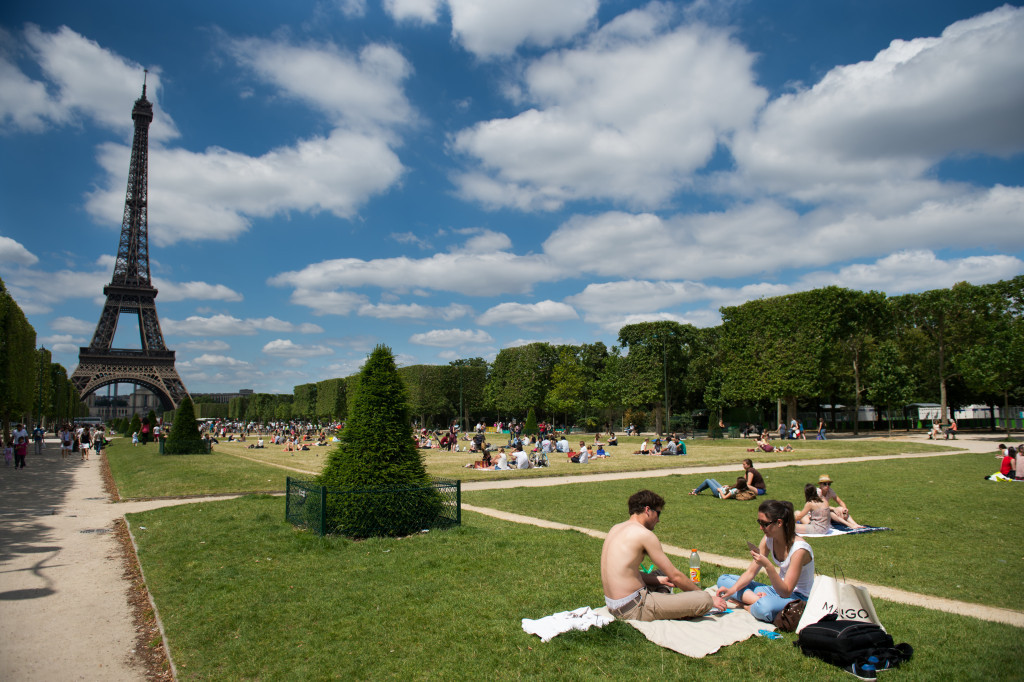 Emmanuel Macron has been told that he cannot use a site next to the Eiffel Tower to hold a celebration parade if he is elected as France's new President tomorrow because of fears it could disrupt the visit of the International Olympic Committee (IOC) to inspect Paris 2024.

Macron was told by the City of Paris that the Champ-de-Mars park next to the French capital's most iconic landmark was off limits for any sort of victory event tomorrow because they feared it would cause damage to the grass before the IOC Evaluation Commission visit, due to take place between May 14 and 16.

Planned venues there for Olympic beach volleyball and Paralympic football are due to be inspected during the visit.

Macron is now planning a victory celebration at the Esplanade du Louvre elsewhere in central Paris.

"We know from experience that is this weather the grass can be affected very quickly by a lot of people standing on it," Martins, the Deputy Mayor responsible for tourism and sport, told insidethegames today.

"We therefore asked Mr Macron's team if they can hold their celebration elsewhere in order to protect the grass before the Evaluation Commission arrive."

"There were many other places where they could go instead."

The Champ-de-Mars is considered an "emblematic place for national celebrations and events" and was the location for a "live site" during last year's Euro 2016 Football Championships in France.

It would be expected to provide a key centrepiece of an Olympic and Paralympic Games in Paris.

Macron, competing under the banner of En Marche!, the centrist party he founded last year, is considered the favourite in tomorrow's Presidential run-off against National Front contender Marine Le Pen.

If successful, it is possible Macron could meet the IOC Evaluation Commission during their visit.

The panel, chaired by Switzerland's Patrick Baumann, is due to first visit Paris' only rival Los Angeles from May 10 to 12.