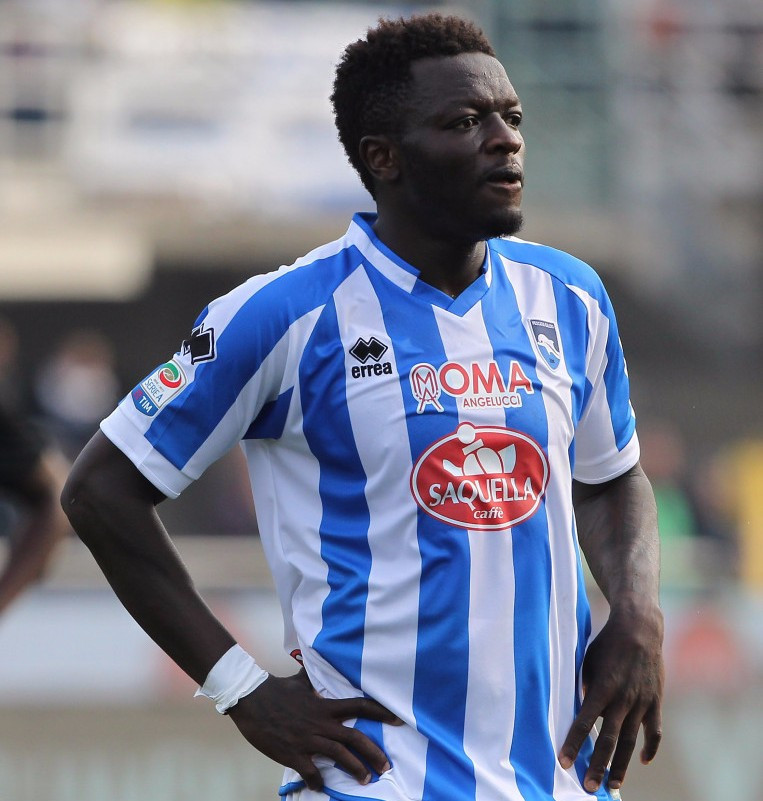 Ghanaian footballer Sulley Muntari has had his one-match ban for protesting against racist abuse during a recent match in Italy’s top division rescinded.

The 32-year-old Pescara midfielder was given a yellow card for dissent after asking the referee to stop the club’s Serie A match against Cagliari on Sunday (April 30) and then received a second when he walked off the pitch in protest.

IItalian officials had claimed not enough supporters took part in the abuse to trigger action.

Serie A's Disciplinary Committee, which issued Muntari's ban, described the chanting as "deplorable", but said it could not impose sanctions against Cagliari because only around 10 supporters were involved in abusing Muntari,  less than one per cent of the home supporters inside the Stadio Sant'Elia.

The Italian Football Federation (FIGC) claimed they have taken the "particular delicacy" of the case into account when deciding to rescind the ban.

Muntari, a member of three World Cup squads for Ghana, said he was pleased with the FIGC's decision to lift his ban.

"I feel that someone has finally listened and heard me," Muntari told FIFPro.

"The last few days have been very hard for me.

"I hope my case can help so that other footballers do not suffer like me.

"I hope it can be a turning point in Italy and show the world what it means to stand up for your rights.

"This is an important victory to send a message that there’s no place for racism in football, or society in general."

Following the FIGC's, Muntari is now available for selection for Pescara’s home match against Crotone tomorrow.

Garth Crooks, an independent trustee of football's equality and inclusion organisation Kick It Out, had called for every "self-respecting black player" in the Italian league to not play this weekend unless the Italian authorities withdrew the ban on Muntari.