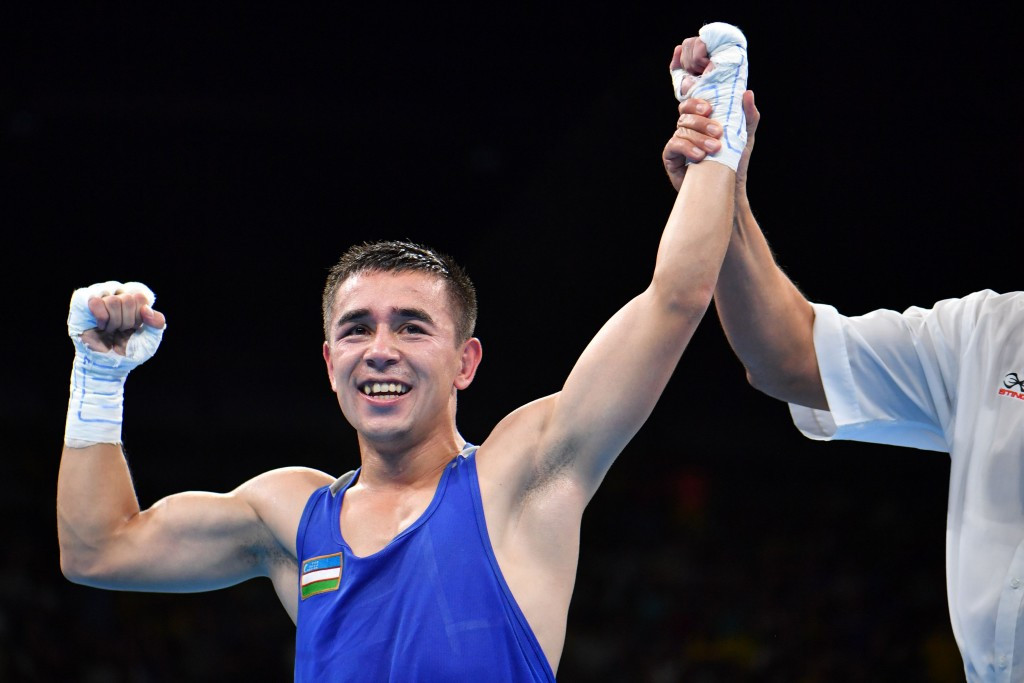 Olympic gold medallist Hasanboy Dusmatov eased into the final of the light-flyweight division at the Asian Boxing Confederation (ASBC) Championships in Tashkent today.

The Rio 2016 champion made light work of India's Amit Phangal at the Uzbekistan Sports Complex as he seeks to defend his Asian title.

The home favourite recorded a unanimous points decision success and will now face Gankhuyagiin Gan-Erdene of Mongolia for the gold medal.

Gan-Erdene won on a split decision after he was awarded the contest against Rogen Ladon of the Philippines on three of the five judges' scorecards.

There was further success for the hosts as Bektemir Melikuziev reached the gold medal contest of the light-heavyweight division after forcing the referee to stop the contest against China's Huang Jiabin in the first round.

Awaiting Melikuziev in the final is Yerik Alzhanov of Kazakhstan after he beat Nuryagdy Nuryadyyev of Turkmenistan.

Shiva Thapa, World Championships bronze medallist in 2011, progressed to the final of the lightweight division.

Thapa is attempting to win his third successive medal at the continental event after he won gold in 2013 and bronze in 2015 and made it through to the final by beating top seed Otgondalai Dorjnyambuu of Mongolia.

Olympic bronze medallist Dorjnyambuu, who carried his country's flag at the Closing Ceremony of last year's Games in Rio de Janeiro, was beaten on a split points decision.

Thapa will now fight Elnur Abduraimov of Uzbekistan after he claimed a unanimous win over Shan Jun of China, much to the delight of the home crowd.

The 25-year-old, who lost in the third round of the London 2012 Olympic Games, scored a split points decision.

South Korea's Kim Inkyu also made it through to the flyweight final after claiming a points win over Daniel Maamo of the Philippines.

Tomorrow will see the first of two days of finals, with the tournament set to finish on Sunday (May 7).

Places at the AIBA World Championships, being held in Hamburg between August 25 and September 3, are up for grabs.