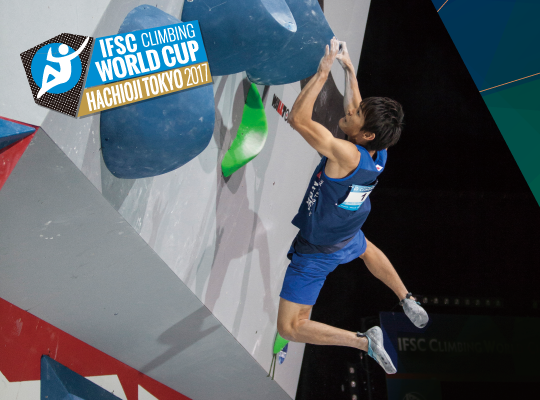 The fourth International Federation of Sport Climbing (IFSC) Bouldering World Cup of the year is due to take place this weekend in Tokyo, where the sport will make its Olympic debut in 2020.

Action at the Esforta Arena Hachioji will see qualification for the men’s and women’s competitions held tomorrow and the semi-finals and finals played out on Sunday (May 7).

A total of 86 athletes are on the men’s startlist, while 54 feature on the women’s equivalent.

The event is organised by the Japan Mountaineering and Sport Climbing Association.

Sport climbing was added to the Tokyo 2020 Olympic programme in August of last year along with four other sports.

Completing the line-up of new additions is baseball/softball, karate, skateboarding and surfing.