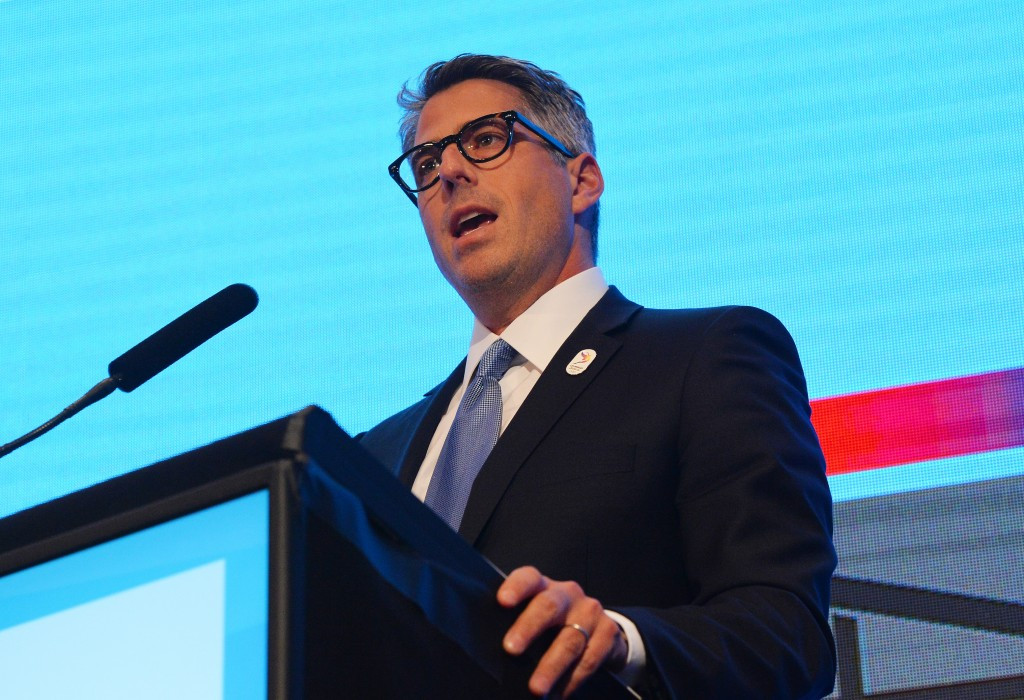 The key sporting powerbroker, President of the Olympic Council of Asia (OCA) and Association of National Olympic Committees, was identified in a United States Department of Justice (DoJ) document last week in connection with an investigation into corruption at FIFA.

Sheikh Ahmad has "strongly denied" any wrongdoing after the DoJ seemingly identified him as "co-conspirator number two" in the case involving Guam's Richard Lai, who pleaded guilty to charges of receiving nearly $1 million (£773,000/€915,000) in bribes.

The document listed a "high-ranking official of FIFA, the Kuwait Football Association (KFA) and the OCA" and said the the official was elected onto the governing body's Executive Committee, later rebranded the FIFA Council

Sheikh Ahmad, an International Olympic Committee (IOC) member, has resigned from all of his roles within football and has also withdrawn his candidacy for re-election to FIFA's ruling Council.

He also vowed to "vigorously defend his integrity and reputation" over the claims he was involved in Lai's bribery.

Wasserman said at a round table event here today that it is his job to interact with IOC members and will continue to do so as part of his role as bid chairman.

"Those are all things that happened before our bid process started and have nothing to do with an Olympic bid," said Wasserman.

"I think for me to judge things that I am not involved in would not be appropriate.

"I would not want people to judge me based on things that other people said or did.

"So as I have said consistently, as a bid chair, the bid process has been everything you would hope it would be in all of my interactions with the IOC, its staff and membership.

"As far as I am aware, every voter has one vote so we think it is important to treat all the voters with respect and our job is to earn their trust and respect in this process and that is an individual effort as far as I am concerned.

"I have enjoyed my conversations and interaction with the Sheikh at various events we have both been at and I have no doubt, as with every other IOC member at any event we would be at, that there is a chance to continue our interactions."

Wasserman added that he and the Los Angeles 2024 team understand the rules surrounding their dealings and interactions with IOC member.

"The IOC is very clear for bid cities about the way you engage IOC members," he said.

"We are forbidden from flying somewhere to explicitly meet with them for the sole purpose of pitching our bid.

"If I am here for the International Association of Athletics Federations World Championships this summer and he is here, then of course I will spend time with him just like I would with every other IOC member."

In a statement sent to insidethegames, the IOC said Sheikh Ahmad had "put himself at the disposal" of the FIFA Ethics Committee following the accusations.

The IOC also revealed he had "informed the IOC chief ethics and compliance officer".

It is not yet known whether this will have any affect on his various positions within the Olympic world, where he is considered a pivotal figure.

He was instrumental in helping Thomas Bach's election as IOC President back in 2013.

International Swimming Federation (FINA) first vice-president Husain Al-Musallam also appeared to be identified as a co-conspirator in the case.

The FINA official is director general of the OCA and a key member of the KFA.

Al-Musallam, the right-hand man of Sheikh Ahmad, told insidethegames on Tuesday (May 2) that he denied any wrongdoing.

Lai, a former member of the Asian Football Confederation (AFC) and the FIFA Audit and Compliance Committee, has been suspended for 90 days by world football's governing body and has also been provisionally banned by the AFC.