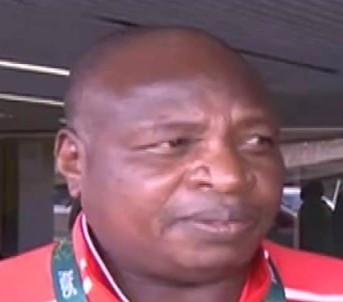 Francis Kinyili Paul is also set be prevented from standing for re-election as secretary general of NOCK.

Soi and James Chacha, the deputy secretary general and deputy treasurer respectively NOCK, however, will definitely not be allowed to take part in the election tomorrow.

Paul, Soi and Chacha are among three Kenyan officials facing charges of theft and embezzlement following the disappearance of cash and equipment meant to help Kenya's athletes prepare for Rio 2016.

Paul will only be allowed to stand if he submits a certificate of clearance from the Kenya Revenue Authority in time.

Soi and Chacha have been told their nominations are not valid because they were put forward by the Kenya Taekwondo Association (KTA).

The KTA have been suspended by NOCK due to a leadership row.

Kenyan Cycling Federation chairman Julius Mwangi and secretary Charles Mose, who were standing for the Executive Committee and deputy treasurer positions, will also not be able to stand for the same reason.

The Kenyan Swimming Federation also been warned they need to clarify a number of issues before they will be allowed to nominate candidates or vote in the election.

"In view of promoting credibility through transparent free and fair elections, the nomination and verification process was very critical," a statement from NOCK said.

"The NOCK Electoral Board was presented with several cases of double representation and was therefore tasked to make decision on who is to carry the vote on behalf of the Federations and the candidates that shall participate during the election."

The double Olympic 10,000 metres silver medallist and International Olympic Committee member is the only candidate after Keino failed to find anyone to nominate him.