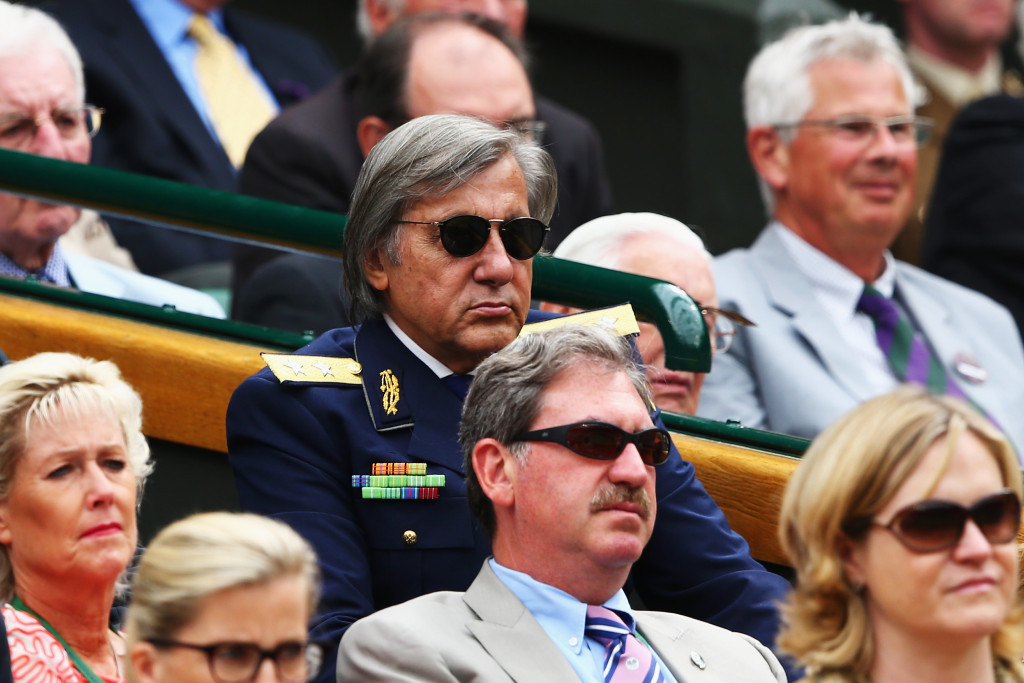 Ilie Nastase has described Wimbledon’s organisers as “small-minded” after they confirmed he will not be invited into the Royal Box in Centre Court during this year’s championship.

The Romanian is currently at the centre of an International Tennis Federation (ITF) investigation following a series of controversial incidents during a Fed Cup tie with Great Britain last month.

He has been provisionally suspended by the ITF over comments he made about Serena Williams’ unborn baby, which the American described as racist, and for swearing at Britain’s Anne Keothavong and Johanna Konta and match umpire Jaume Campistol at the Tenis Club IDU in Constanta, where he was captaining Romania.

Nastase also had an angry outburst at British journalist Eleanor Crooks over the publication of his remarks about Williams’ baby.

Yesterday, All England Club chairman Philip Brook said during a press conference that Nastase would not be invited into the Royal Box, a privilege he had been given in recent years.

Reacting to the statement, Nastase told Romanian website ProSport: “What does Wimbledon have to do with what I said about Serena and at the match in Romania?

“If I did something stupid at Wimbledon, then I’d understand.

“In 1973, when everyone else refused to play at Wimbledon (because of a boycott by the Association of Tennis Professionals), I did, does that not count for something?

“If they going to be so small-minded about it, there’s nothing I can do.”

During a pre-match press conference for the Fed Cup tie, Nastase was overheard saying “Let’s see what colour it has. Chocolate with milk” about Williams’ baby.

Williams, an African American, is expecting to give birth to the child later this year with her fiancé Alexis Ohanian, who is white.

At the same conference, the 1972 US Open and 1973 French Open men’s singles champion was heard asking a pregnant Keothavong, Britain’s captain, for her hotel room number.

The following day, he was removed from the stadium during the second rubber between Konta and Sorana Cirstea after he swore at the world number seven and her captain along with Campistol, which led to the match eventually being suspended for 25 minutes.

Following this, the ITF confirmed they had banned him from the match, although Nastase did reappear at the tennis club the next day.

This came after he had stormed into the media room at the venue and shouted at Crooks, the Press Association’s tennis correspondent, about stories being published about his comments about Williams’ baby.

Nastase, the men’s singles runner-up at Wimbledon in 1972 and 1976, did apologise on his Facebook page for the incidents.

However, in an interview with the BBC, he went onto defend his comments, saying Romanians would not have found what he said racist and criticising Konta for her role in the on-court incident.