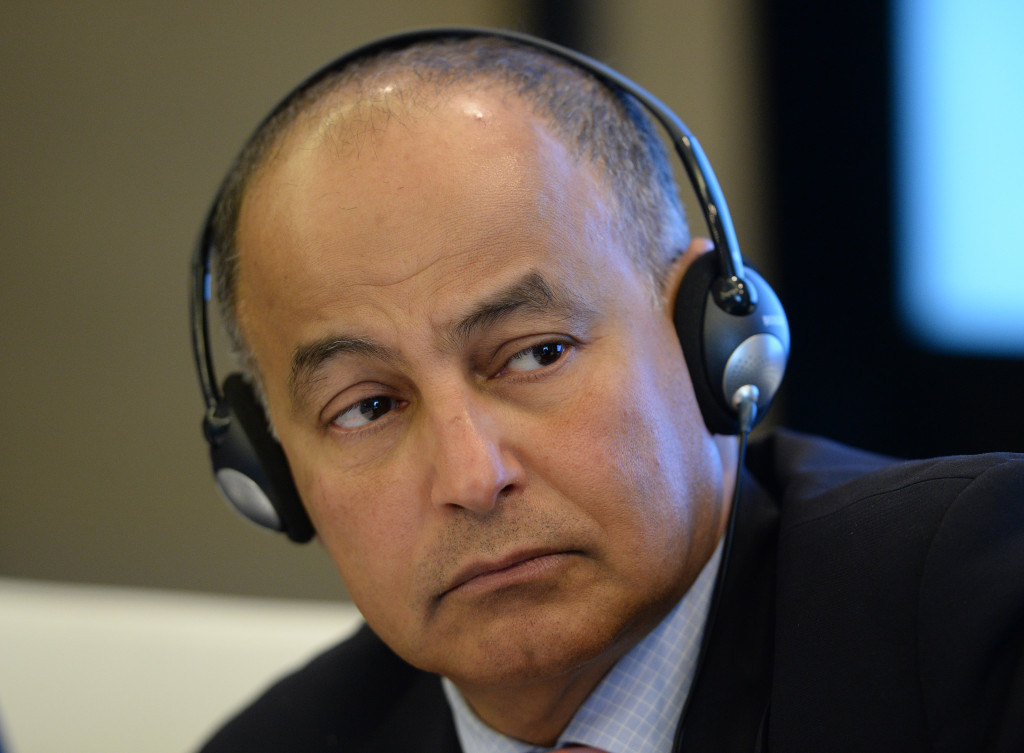 International Swimming Federation (FINA) first vice-president Husain Al-Musallam has denied any wrongdoing after he was seemingly identified as a co-conspirator in the United States Department of Justice (DoJ) investigation into widespread corruption at FIFA.

A DoJ indictment published in relation to the case concerning Guam's Richard Lai, who admitted receiving nearly $1 million (£773,000/€915,000) in bribes, outlines "co-conspirator number three" as a "a high-ranking official of the Olympic Council of Asia (OCA) and an official of the Kuwait Football Association (KFA)".

Al-Musallam, a close ally of Sheikh Ahmad Al Fahad Al Sabah, who has also strongly refuted suggestions he was involved after he appeared to have been identified by the DoJ as "co-conspirator number two", is director general of the OCA and a key member of the KFA.

Sheikh Ahmad, the President of the Association of National Olympic Committees (ANOC) and the OCA, resigned as a member of the FIFA Council and the Asian Football Confederation (AFC) Executive Committee on Sunday (April 30) in the wake of his alleged link to the ongoing FIFA corruption probe.

Al-Musallam told insidethegames that he had asked the OCA Ethics Committee to investigate the claims.

"I deny any wrongdoing," Al-Musallam said.

“This is an OCA internal matter.

"As soon as I heard the news on Friday (April 28), I asked the OCA Ethics Committee to investigate.

"They are now investigating and will make public any facts.

“We have all the documents to prove our position.

“The OCA President has informed all staff and National Olympic Committees the same thing.

"We will see what the Ethics Committee say.”

American citizen Lai, a member of the FIFA Audit and Compliance Committee who has since been suspended for 90 days by world football's governing body, admitted being paid $100,000 (£77,000/€91,000) by an AFC official who was then running for the FIFA Presidency against disgraced Sepp Blatter in 2011.

Sheikh Ahmad, one of the most powerful figures in worldwide sport, appeared to have been identified by the DoJ as they listed "co-conspirator number two" as a "high-ranking official of FIFA, the Kuwait Football Association (KFA) and the OCA".

It also said the Kuwaiti official was then elected onto the Executive Committee, which has since been rebranded as the FIFA Council.

The alleged implication of Sheikh Ahmad, who was instrumental in helping Thomas Bach's election as International Olympic Committee (IOC) President back in 2013, and Al-Musallam comes as a result of the DoJ probe reaching Asia for the first time.

Sheikh Ahmad has vowed to "vigorously defend his integrity and reputation" over the claims he was involved in Lai's bribery.

The Kuwaiti, also a member of FIFA's Reform Committee, took the decision to resign from his various football positions as he felt it was in the "best interests" of FIFA and the AFC.

The IOC said in a statement on Saturday (April 29) that he had "informed the IOC chief ethics and compliance officer".

In an update sent to insidethegames today, the IOC said the Ethics Commission were "following up on the full file".