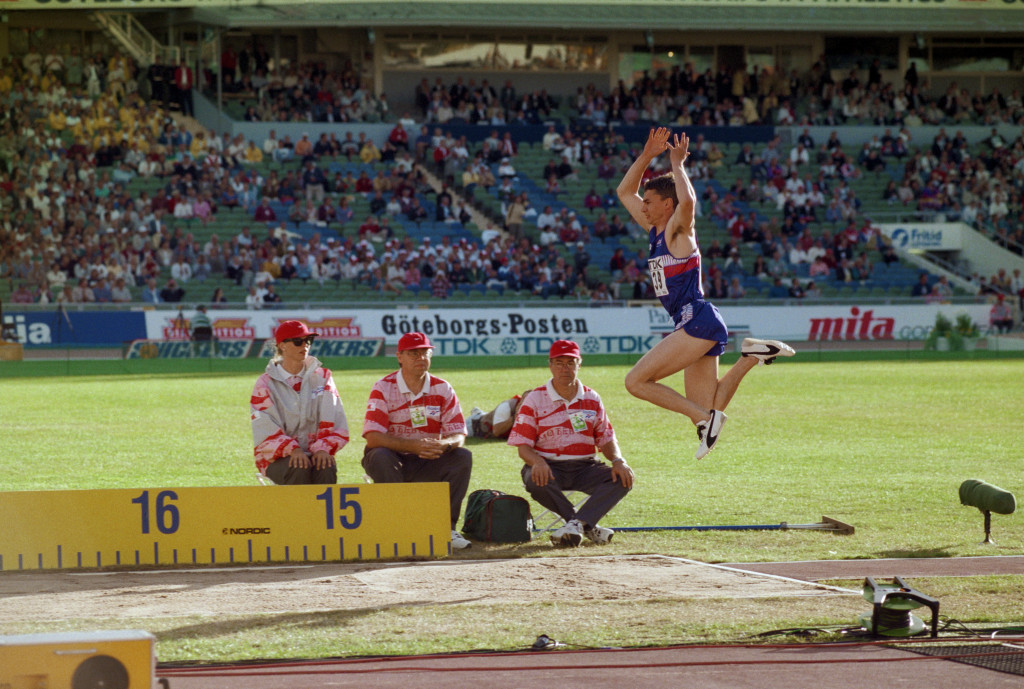 The head of a European Athletics taskforce which proposed to rewrite records in the sport set before 2005 has defended the plan after a number of high-profile former athletes publicly criticised the recommendations.

Britain's Paula Radcliffe, whose world marathon record of 2 hours 15min 25sec is under threat as a result of the move, branded the decision as "heavy-handed" and "cowardly" after the proposals were unanimously approved by the European Athletics Council.

The 43-year-old said she felt her reputation and integrity had been damaged.

Other athletes who could be affected, including Denmark's Wilson Kipketer, who holds the European record over 800m, and Britain's Jonathan Edwards - whose triple jump world record of 18.29m was set in 1995 - have also voiced opposition to the plans.

Britain's Steve Cram labelled it as a "public relations exercise" and claimed it "lumps us in with all the cheats".

The changes have been proposed in response to doping scandals in the sport.

"It's not our fault that over the years the sport did not police itself properly," Cram, the former world 1,500m champion who could lose his mile and 2,000m marks, told BBC Sport.

"It's not our fault they didn't do their job.

"I don't think it's going to change anything.

"It's not going to stop people cheating."

It is a shame, unfair and insult. pic.twitter.com/x02e7dbjkC

Pierce O'Callaghan, European Athletics' Records Credibility Project Team chairman, told insidethegames that European Athletics "sees the bigger picture" and challenged athletes and members of the public who have criticised the plans to "come up with a better solution".

"We see the bigger picture with the sport and athletes by their very nature have got to look after their own careers and own reputations," said O'Callaghan.

"The challenge that we pose to anyone who has criticised it, be they an athlete or a member of the public, is give us a better solution.

"The International Association of Athletics Federations (IAAF) and European Athletics are on a path to restoring credibility in the sport and regaining public trust.

"I understand where they are coming from and feel very much sympathy for them.

"But I also think there is a big picture.

"Europe is a big place and athletics is a big sport and our job is to ensure people that are watching in the stadium and on TV believe what they are watching and this is a major part of that.

"We would absolutely welcome it if anyone can come up with a better solution in this area."

The process, described as "radical" by the governing body, will eventually lead to the rewriting of the world and European records list in the sport.

The IAAF, who would need to approve resetting world records, has only stored blood and urine samples since 2005.

Current marks which do not adhere to new criteria laid out by European Athletics - which includes proposals that records can only be set by athletes who have had an agreed number of doping control tests in the previous 12 months - would remain on the all-time list but would not officially be recognised.

Other proposals include ensuring records at senior level can only be set in a "restricted set of high-level competitions" where the IAAF can have "complete confidence" in officials at the event.

IAAF President Sebastian Coe, whose own 1,000 metres and 4x800m marks could be at risk as part of proposed new criteria, has given his full support to the move.

The Briton conceded, however, that there may be opposition but that the step being taken would help restore credibility in a sport damaged by recent doping scandals.

The European Athletics recommendations will now be put forward to the IAAF for consideration.

"It was never intended to damage anyone's reputation," added O'Callaghan.

"I’m a huge fan of athletes like Paula Radcliffe and Jonathan Edwards.

"There's European records on that list that nobody believes and I want to believe what I am watching and what I am following.

"We want to ensure today's generation of athletes has realistic goals and they can chase and set records given the new anti-doping world that we live in.

"The vast majority of the public and the media are overjoyed that strong leadership is being shown."