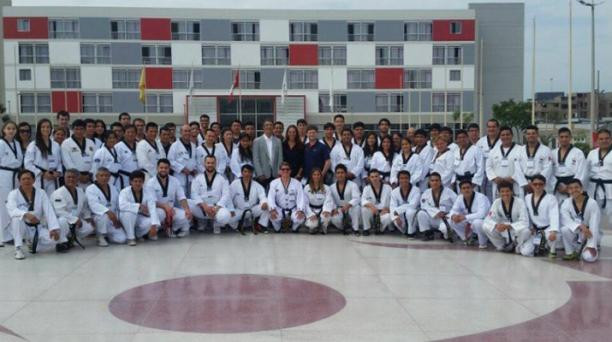 The first international Para-taekwondo seminar in the Americas took place in Lima with the aim of raising awareness of the sport across the continent.

It came as the sport prepares to feature for the first time at the Parapan American Games in Peru's capital in 2019 before debuting at the following year's Paralympics in Tokyo.

Coaches from Argentina, Belgium, Chile, Colombia and Peru participated in the event.

It was arranged following support by the Mexican Taekwondo Federation.

"It is the first seminar held in the Americas, which is why we focused on explaining what Para-taekwondo is about because people did not know much about it and they had many doubts," said Veronica Santana, the national governing body's national coordinator.

"Anti-doping, the Paralympic Games, communication between athletes and coaches, injuries and nutrition were among the topics covered during the session.

"Mexico has been identified as a pioneering country in the sport and its structure has been copied by many other countries."

At present, players from Asia and Europe dominate the Para-taekwondo world rankings.

The Americas, however, have traditionally been very strong in the Olympic version of the sport, so it is hoped that with more support they will be able to replicate that at Paralympic level.

Badminton and shooting are also due to make their debuts at the Parapan American Games in 2019.