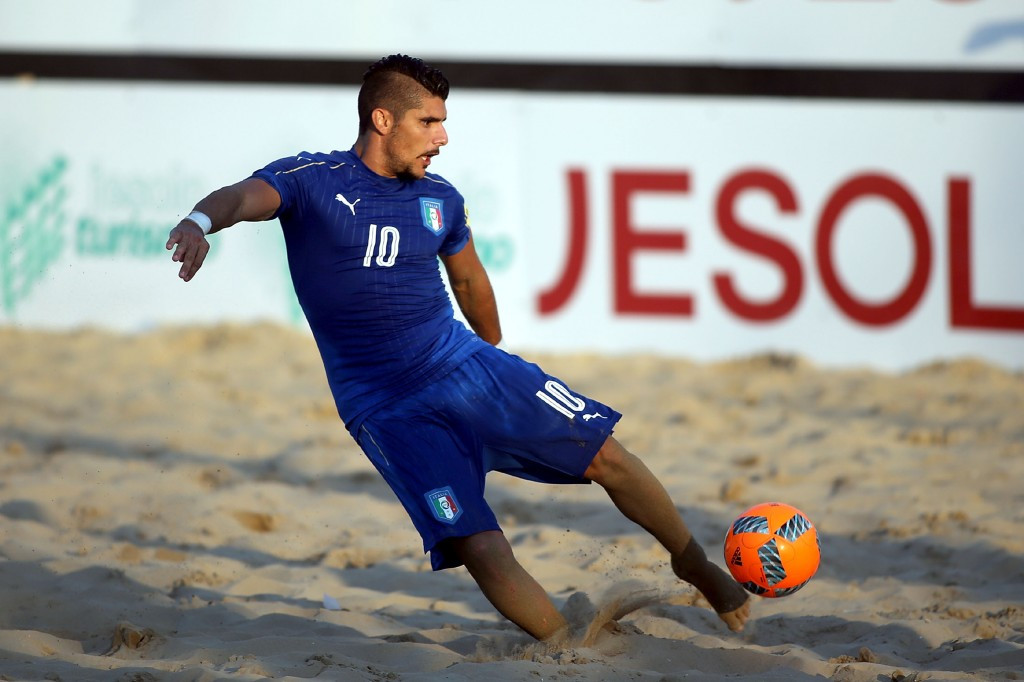 Italy, Switzerland and Senegal became the first three countries to book their places in the quarter-finals of the FIFA Beach Soccer World Cup in The Bahamas.

The Italians beat Iran 5-4 and took the lead through current tournament top scorer Gabriele Gori, who guided in a close-range effort with his chest at the National Beach Soccer Arena in Nassau.

Gori scored his eighth goal in two games to bring the Italians back within one before Francesco Corosiniti netted.

Two from Dario Ramacciotti then completed the comeback with Iran unable to get back in front despite their fourth.

Elsewhere in Group B, Nigeria beat Mexico 5-4 in extra time.

It was the Mexicans who took control of the contest after goals from Abdiel Villa, Angel Rodriguez and Ramon Maldonado.

However, the West Africans responded with goals from Emeka Ogbonna and Azeez Abu before a late Victor Tale penalty resulted in the first draw of the tournament.

Abu then scored his second of the match just seconds from the end, which proved to be the winner.

Hosts The Bahamas suffered a 10-1 defeat against Senegal in Group A as the Africans secured their place in the quarter-finals.

Following their nine goal win over Ecuador, the African champions raced into a five goal lead in the first period.

Ibrahima Balde struck a hat-trick and Papa Ndoye and Hamad Diouf each scored a brace on the way to an emphatic win.

Switzerland also progressed as they recorded a 9-5 win over Ecuador, which included four goals from the Europeans' Noel Ott.

In Group D, 13-time champions Brazil will take on Poland while Tahiti and Japan are set to square off.