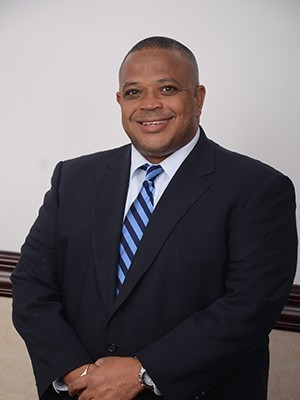 The Adjudicatory Chamber of the FIFA Ethics Committee has recommended Caribbean Football Union (CFU) President Gordon Derrick be banned for four years for a series of ethics breaches.

It comes as the Chamber officially launched formal proceedings against Derrick.

The investigation into Derrick, who was barred from standing for the Confederation of North, Central American and Caribbean Association Football (CONCACAF) Presidency last year, focuses on alleged conflicts of interest, offering and accepting gifts and other benefits, mismanagement of funds, abuse of position and disloyalty.

Derrick is accused of breaching the articles in the FIFA Code of Ethics on general rules of conduct, loyalty, conflicts of interest and offering and accepting gifts and other benefits.

"In connection with the present proceedings, Mr Derrick has been provided with the relevant final report and has been invited to submit his position, including any evidence with regard to the content therein and he may request a hearing," a FIFA statement read.

The Antiguan was ruled out of the race for the CONCACAF Presidency for failing an integrity check.

He claimed the reason was to do with his involvement in the cash for votes scandal in the FIFA Presidential election in 2011.

Derrick was reprimanded by world football’s governing body and fined CHF300 (£233/$302/€277) after Qatar’s Mohamed bin Hammam, who attempted to challenge then incumbent Sepp Blatter for the top job in the sport that year before withdrawing three days before the vote, offered money to several CFU members in an attempt to win their votes.

The CFU head, also the general secretary of the Antigua and Barbuda Football Association, unsuccessfully appealed to the Court of Arbitration for Sport (CAS) over not being able to stand in the election, won by Canada's Victor Montagliani.

Back in January, it was announced the CFU are in discussions concerning the possibility of breaking away from the CONCACAF.

The move, spearheaded by Derrick, could eventually lead to the formation of a seventh Confederation within world football's governing body.