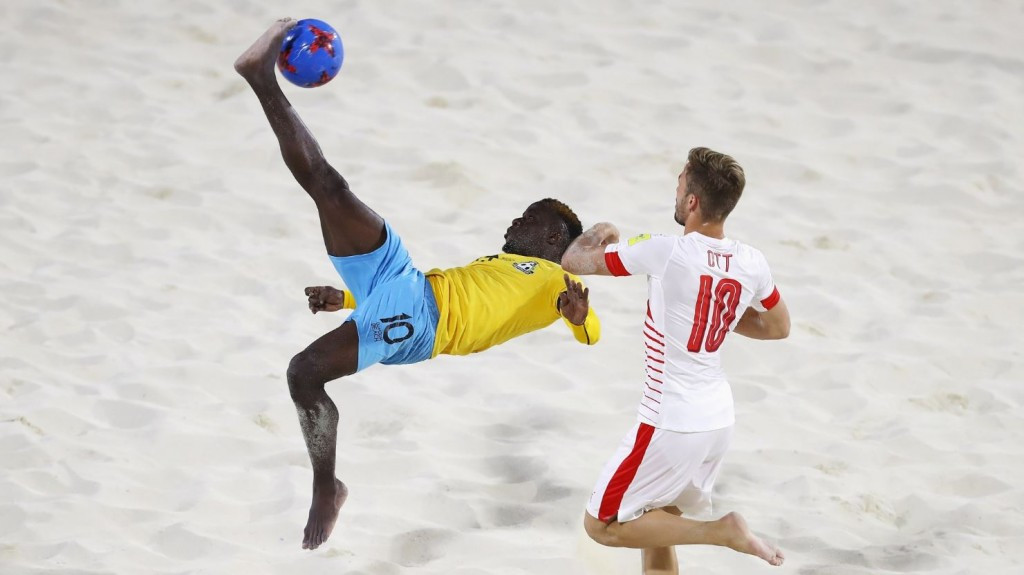 The Bahamas started their FIFA Beach Soccer World Cup campaign on home sand with a 3-2 loss to Switzerland today.

A brace from Glenn Hodel helped the Swiss overcome their hosts, who are making their debut at the tournament, in the Group A tie.

The Bahamas made an excellent start with a goal inside the first minute at the Nassau Stadium as Lesly St Fleur found the net from a free-kick.

Noel Ott got an equaliser in the sixth minute before Hodel bagged his first goal in the 13th.

He then added his second with nine minutes of the match remaining, but an exciting finish was set-up when Gavin Christie scored for the home side in 31st minute.

In Group B, Italy’s Gabriele Gori found the net six times as his team defeated Nigeria 12-6.

Today’s other game saw Iran win 3-2 against Mexico thanks to a late Mohammad Ahmadzadeh strike.

Defending champions Portugal get their campaign started tomorrow in Group C against Panama, while the United Arab Emirates face Paraguay.

In Group D, 13-time winners Brazil take on Tahiti, the runners-up in 2015, and Japan play Poland.

The competition is due to run until May 7.