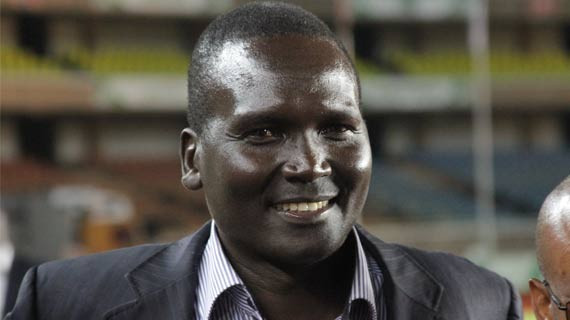 Paul Tergat seems certain to be elected as the new chairman of the National Olympic Committee of Kenya (NOCK) after the current incumbent Kip Keino failed to find anyone to back him.

Tergat will stand unopposed at the election, due to take place in Nairobi on May 5.

Keino's decision was revealed when Kenya's Centre for Multi-Party Democracy (CMD), who are overseeing the election, released the list of candidates.

The double Olympic gold medallist had led NOCK since 1999, but none of the 20 affiliates eligible to take part in the election were prepared to nominate him.

Keino has been under pressure since NOCK officials were accused of accommodation and travel mishaps at last year's Olympic Games in Rio de Janeiro, including the "mishandling of accreditation" and kits allegedly never reaching athletes.

The Government have launched an investigation.

"The new law requires anybody contesting for election to get a Federation to propose and second him, but I didn't get anyone," Keino told The Nation.

"That is why I didn't return my nomination papers."

Like Keino, Tergat is one of Kenya's greatest-ever runners.

He won two Olympic silver medals in the 10,000 metres at Atlanta 1996 and Sydney 2000, was crowned World Cross Country champion five times and is a former world record holder for the marathon.

He was appointed a member of the International Olympic Committee (IOC) in 2013, succeeding Keino after he had reached the age limit of 70.

"I must pay tribute to Kip for leaving an unparalleled mark in sports," Tergat told The Nation following the news he would succeed Keino as NOCK chairman.

"He is a father to me and we shall engage him for advice.

"I thank God for this opportunity as I prepare to serve the country's sports sector at its highest level."

Tergat plans to back Shadrack Maluki and Jackson Tuwei, the Presidents of the Kenyan Judo Association and Athletics Kenya respectively, as his vice-presidents.

He will also support Andrew Mudibo, President of the Kenya Table Tennis Association, as his secretary general and Elina Shiveka as treasurer.

Shiveka is a former journalist with the Kenya Broadcasting Cooperation and is now vice-president of the Kenya Hockey Union.

He has been allowed to stand by the CMD even though he is currently facing allegations of embezzlement and mismanagement following Rio 2016.

There are due to be a total of 29 candidates standing for the various positions available at the election.

Obiri is standing for a position as athletes' representative on the NOCK Executive Board.

Loroupe, Chef de Mission for the Refugee Olympic Team at Rio 2016, is one of three candidates for the women's place on the Executive Board.