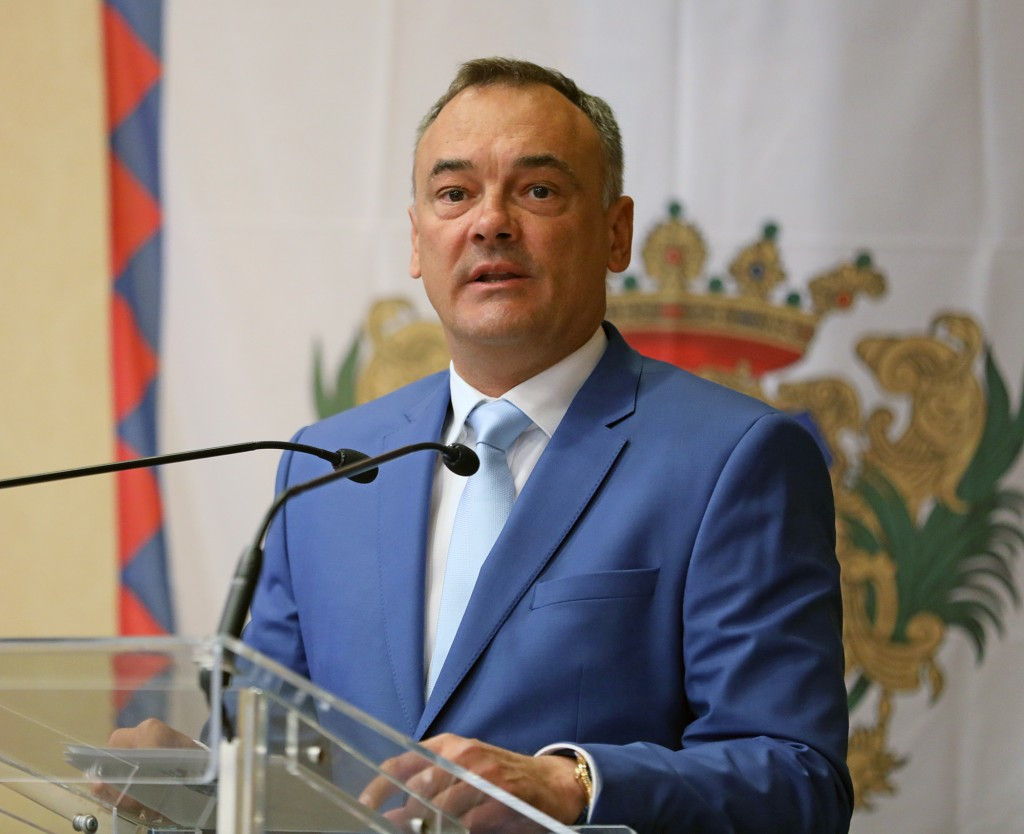 Borkai, who is also the Mayor of Győr, said organisers had been working hard to deliver a successful event since 2011 when the city was awarded the hosting rights.

Competition will be held in 10 sports between July 23 and 30 this year.

"We would like to present our status in preparation, while representatives will have the opportunity to examine the venues and familiarise with the details of the organisation," said Borkai.

"Besides a high quality organisation regarding the sports events, we would also like to show our cultural values, the beauties of Hungary, Győr and the whole region."

Borkai said a big advantage for the city was venues in close proximity to one another, which will provide a compact EYOF.

Reports from various Organising Committees have been presented to those in attendance, with accreditation, transportation, health care, safety, ceremonies and volunteering among the topics covered.

Participants also toured venues and sport facilities which will be used for the EYOF, as well as the Olympic Village.

"We are proud that we can work with an Organising Committee who do their best for the athletes, on the highest possible level," said Coordination Committee chairman Joseph Cassar.

"In Győr, a lot of energy was spent on building new facilities and to renovate old sports venues so that they can meet the highest standards."

A winter version of the EYOF has already been held this year, in Erzurum in Turkey in February.

The event is run by the European Olympic Committees.